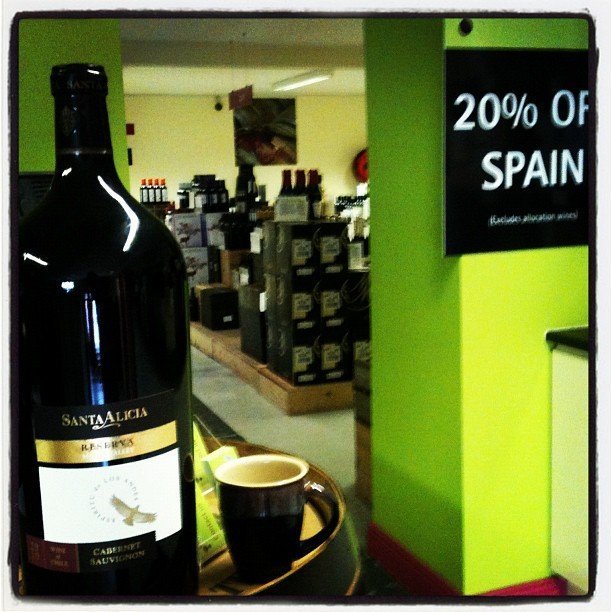 I thought our (or Santa Alicia’s) attempt at the worlds biggest bottle of wine was honourable. Pictured, our six litre bottle of Santa Alicia Reserva Cabernet Sauvignon – next to my coffee mug for easy size comparison.

Then I saw this: Thirty foot long, eight foot wide and weighing a colossal three tonnes, Chinese wine company Jinding had what is now officially the world’s biggest bottle of wine on show at the Sixth Yantai International Wine Expo held in Shandong province last month.

I feel clumsy enough trying to pour a 1.5L magnum at the dinner table, but I wouldn’t even entertain the idea of using this monster at the next house party. Apart from anything else it would frustrate the life out of my wife having to demolish the living room wall of our town house to get the blasted thing anywhere near the kitchen table. And would you even be bothered trying to decant that?

Not the most practical, but I suppose nothing beats a bit of positive PR. But I am slightly confused about the use of the very British term ‘Claret’ here. Has this Chinese company produced its very own Claret in the only place I thought it was possible to produce Claret (Bordeaux), or is it a Chinese made and bottled wine which has barrowed the name? Perhaps someone can enlighten me.