Winner of the Barossa Wine Traveller 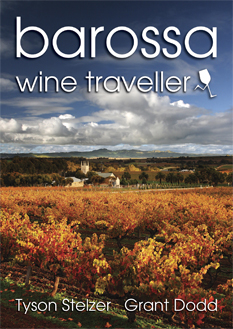 After a Morning in the Barossa on Tuesday, John McDonnell of Wine Australia kindly donated this ultimate guide to the valley and its people and we promptly threw it up as a prize on Wednesday morning.
Ebenezer is the increasingly famous sub-region of the northern Barossa where Ben Glaetzer sources the grapes for the increasingly infamous Amon-Ra.
There were a modest five correct answers, one of whom was disqualified for having already scooped a book from the tasting himself. (Well, actually Lar Veale was disqualified for bringing The Shamen and Ebeneezer Goode into things, which we would all rather forget!)
So, from four, Damian Bannon was drawn from the hat this lunchtime.
Congratulations Damian, we’ll be in touch for your address and get that out to you. Enjoy what is a beautiful book.