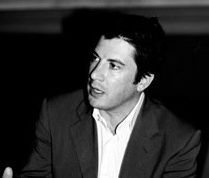 In conjunction with Red Nose Wine, we’re delighted to announce our second top tier tasting of the autumn season and our first to be hosted at the magnificent new Grainstore at Ballymaloe, on Friday 21st October at 7.00pm.

Described by Gault & Millau as “a Lafite in the Languedoc”, “the only Grand Cru of the Midi” by Hugh Johnson and “Exceptional” by Robert Parker, Mas de Daumas Gassac have been the benchmark for Languedoc wines for over 30 years.

We are truly honoured to welcome Samuel Guibert, son of the legendary Aimé Guibert and master vigneron at Daumas Gassac, as he presents the story of this great Estate and a selection of their wonderful wines. As a finale, the informal tasting will include a vertical tasting of the Grand Cru Mas de Daumas Gassac red, a unique opportunity to taste multiple vintages of this iconic wine.

The seated tasting will be followed by a separate wine dinner in Ballymaloe House, at 9.00pm, where 4 courses will be served with a selection of the Daumas Gassac wines including the Mas de Daumas Gassac red.
Tickets for the seated tasting at the Grainstore are available from our own shop in Cork or from Red Nose Wine in Clonmel, or at Ballymaloe. Tickets are €15 and will be sold on a first come, first served basis.

Tickets for the wine dinner are available only from Ballymaloe House and are priced at €85, including 4 courses, tea/coffee and wine.