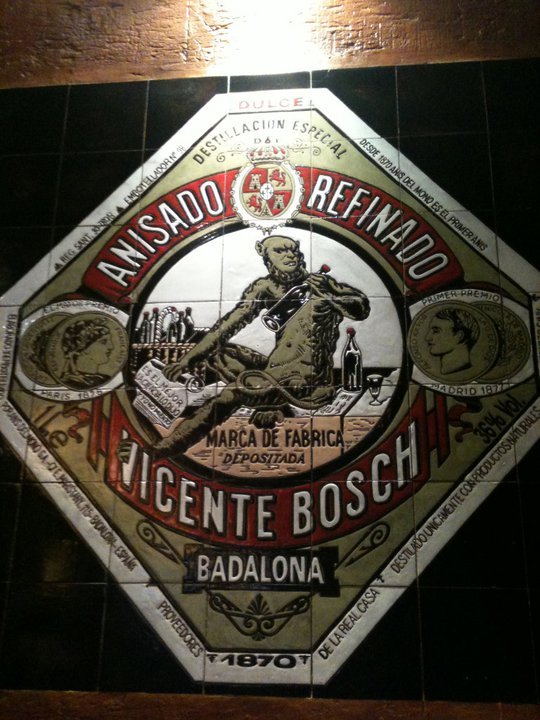 Madrid was an awesome start to the annual Kane brothers football trip. The aim, to visit each of Europe’s best stadiums for one weekend every year, watch a match, take in the atmosphere, get a taste for the culture, and importantly for us, sample the food and drink.

We arrived in Madrid early on Saturday morning after catching the Ryanair flight from Dublin, and taking advantage of the amazing subway network, it didn’t take us long before we got checked in to our hotel, got a quick shower and grabbed a beer.

Hungry as well as thirsty, it was a lovely surprise to have some complimentary tapas land our way shortly after the beer was set down. Tapas vary, from a simple plate of cured ham, to meatballs, or a side of paella and a bowl of olives. But in a lot of places in Madrid, we were getting a few portions with each round of beer ordered. I think you really notice how poor the quality of beer is on tap in Ireland when you try it on the continent. Even with stout, you have to come all the way to Cork for a decent pint! (feel free to lambaste me below)

An afternoon of beer and tapas soon past in the city centre before we made our way out to the home of the Galácticos. Santiago Bernabeu lived up to all the hype. A capacity of over 80,000, the terraces were steeped and the seats were tight. The fans were close to the pitch. We didn’t expect the infrastructure in the surrounding area and the stadium itself to be as modern and impressive as it was, it was incredible. Real Madrid beat Alicante side Hércules CF two nil, with two goals from Karim Benzema, the second of which was very well taken.

We found a great tapas bar after the game I would recommend to anyone going to Madrid. La Soberbia is located just off Puerta del Sol, on C/ Espoz y Mina. It had everything you could want. The atmosphere, the food, the wine, the service – all top drawer. We started with a Fino Sherry and then moved on to a lovely Albarino and then numerous bottles of Verdejo. Things got a little fuzzy after that. The second night we found some great Rioja and Ribera del Duero.

Of all the tapas bars we went to, we couldn’t find a bad bottle of wine. The entry level wines in restaurants in Spain seem to be on a par with the mid-range wines we get here in an Irish restaurant. Of course, price has a lot to do with it, but while the disposable income is lower in Spain, they still have a lower tolerance for boring or bad wine, which we inevitably find as house wines in too many restaurants in Ireland.

So what’s the verdict on Madrid? Well, there aren’t too many tourists. Many of the locals can’t speak English, so I get the chance to embarrass myself trying to speak the native tongue. There’s not in fact a huge amount to see for tourists, but as a result a more authentic side of Spain is on display compared to, for example, Barcelona. The infrastructure is second to none and if you’re there to shop, think New York style department stores, such as Macys and Bloomingdales. You’ll be in heaven.

The football is great, but it’s what you do with your evenings that really had us fall in love with the place. We found the social scene to be intoxicating. Hours upon hours of grazing and chatting over good food and good wine. You don’t go in and stuff your face for an hour and a half and go home. Dinner might take four hours and the bars stay open late so there’s never a rush to get out and get fed.

Is a weekend in Madrid a must do? You can bet your bottom dollar it is, a fanatic of the beautiful game or not.