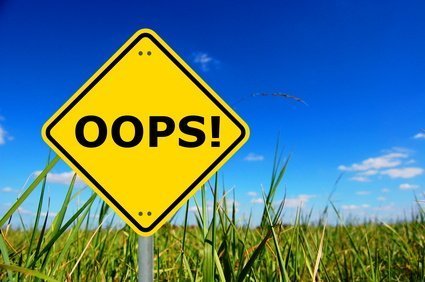 Around A$1m (£664,000) worth of wine was destroyed last week in a fork lift accident in Australia. The consignment was destined for the United States but got smashed while being loaded. Of the 462 cases, which was a third of the winery’s annual production, it included the 2010 Mollydooker Velvet Glove shiraz, retailing for A$185 a bottle (£122).

Winemaker Sparky Marquis told reporters he was “gut-wrenched”. “When they opened up the container they said it was like a murder scene,” he said. “But it smelled phenomenal.”

This is a business that always involves casualties and for me this story brings back some memories I’d rather forget. To this day I am banned from handling Langmeil’s Freedom Shiraz as I broke two of them in short succession. Whereas I specialise in high value breakages, @curiousmike has a habit of breaking low value items, but he is a high volume specialist. His refute to the fallen pallet incident – “But Matt, you moved out of the way. You let it fall!”

Fortunately for the winery and the transport company, Kerry Logistics, who move 20,000 containers a year, the wine was fully insured. Spokesman Brett McCarthur said the company had never had a malfunction of that type before. “It was very hard to make that call to Sparky,” he said.