Home Blog Curious Facts & Fun Who's the next big contender?

Who's the next big contender? 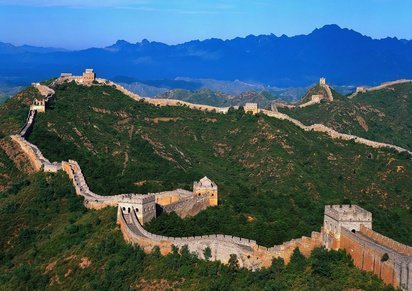 In the 1950s and 60s, few people would have thought the USA, Argentina or Chile would be capable of producing good wine. So what will we be drinking in forty or fifty years time? Could severe draught make Australia uninhabitable? Might Bordeaux be too cold to grow grapes? Will we be half man, half machine?

Er, okay, so maybe I’m thinking too far ahead. Thirty years ago it was New Zealand on the verge of wine fame. But who’s likely to be producing the next big thing? And do they even know it yet?

It has the world’s fifth largest vineyard area and lies fifth in terms of production volume, ahead of Chile, Australia and Argentina. It has the vineyards and the terroir, but not the technical expertise on a nationwide scale to really take advantage of its potential… just yet. With domestic demand rapidly increasing, and cheap labour sure to benefit exports, before you know it we could be enjoying Chardonnay and Cabernet from the provinces north of the Yangtze River.

Greece has already been producing excellent quality wine for a number of years now, but it has yet to find significant demand abroad. Early Greek colonisation led to vines being planted all around the Mediterrean, laying the foundations for viticulture in the whole area. More than two thirds of production is white wine, from varieties such as Rhoditis, Savatiano and Debina. Red varieties include Mandelaria and Limnio, although international varieties are also becoming popular, perhaps as a way of appealing more to the export markets. My post on Crete is worth checking out. We still have a Syrah to try from there.

Like China, domestic consumption and therefore production is on the rise. Just over 10% of India’s grapes harvested are used for wine, with the remainder used for table grapes and raisins. The altitude of vineyards vary based on where they are located throughout the country. The cooler north west state of Punjab is where many of the more established, quality producers are based. Indigenous varieties include Arkavati and Anabeshani. Muscat Hamburg and Isabella are also widely grown, and now more so traditional European varieties.

This is eastern Europe’s biggest producer by volume, and those who ever tried our V Transylvannia wines will know they actually make some great, well priced wine. We eventually dropped the range because the demand wasn’t there. It was the Greeks who introduced viticulture to this region in the 7th century. Fetească is the most grown white variety, with Merlot being the most planted red, followed by Cabernet Sauvignon. It is said that Bacchus, the god of wine was born here. And my name’s Cindy Crawford.

This is something we get some requests for online and in the shop. I tried a Muscat (or some form of Muscat) in a Lebanese restaurant in Paris a few years ago. It wasn’t a great experience I must admit, but I know wine well enough to realise you can’t form an opinion on one country, region or variety based on a single wine. One of the big problems is that the Lebanese themselves are not terribly keen on wine, so it’s difficult whenever you don’t have more people pushing for higher standards and a better focus on exports. But who knows, things might change. French trained Lebanese winemakers are beginning to excite.

Check out this post about England, Wales and the “new” New World.