What's in your Malbec: Bonarda, you say? 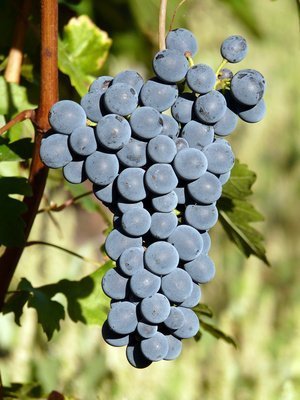 I love these obscure grape varieties no one has heard of. But perhaps Bonarda is one we should be more familiar with, and if not, we certainly will become more familair with it should they continue to produce serious wines with it.

I first came across it as part of a blend with Argentine Malbec, but Bonarda is also grown in other parts of the world. Confusingly, no one seems to be 100% sure that they are all the same grape. There are three different Bonarda types in Italy, and some think the Californian Charbono is the same thing, which turns out is actually a French grape also known as Corbeau in Savoie. To confuse matters further, others believe Charbono is the same as Dolcetto, grown in the Piedmont, but Jancis Robinson MW (Master of Wine) is of the opinion that the Italian Charbono grown in Barbera and Dolcetto vineyards in Piedmont is the true Bonarda and not related to Corbeau or Dolcetto.

Well, we could go on, but either way Bonarda is a variety that Argentina has started to focus on with great enthusiasm. Just like New Zealand has increased its wine portfolio, investing in much more than Sauvignon Blanc, the Argentinian wine industry is offering another player to Malbec, which is a good idea considering it might not always be the fashionable varietal it is today.

Winemakers like Roberto Gonzalez, at Nieto Senetiner winery, can see the potential and hinted at Bonarda replacing Cabernet Sauvignon as second after Malbec. “Personally, I consider it the second variety in importance in Argentina. This grape defines us as a country, as a region and it is being planted in other geographic areas of Mendoza (East) where Malbec is not.” Antonio Morescalchi, vice president of Altos Las Hormigas, also sees it as an opportunity for Argentina. “The fact that this variety exists practically only in Argentina, is an enormous advantage. It is up to wineries and wine professionals to seize this opportunity with seriousness and commitment. There is a need to invest in marketing and communication, and, of course, in making top quality wines with Bonarda.”

Depending on how it is made, Bonarda is a dark fruited wine with rustic characteristics and prominent tannins. I’ve read them described as being similar to Chianti for their tannins and structure, but also heavy, dense and rich with a ripe fruit sweetness, not unlike Australian Shiraz in that sense. Again, the varying style depends on the yields, the various winemaking techniques and the use of oak. Blackberry, blueberry, brambly red fruit, coffee, chocolate and vanilla are all common descriptors of Argentina’s ‘new Malbec’.