What we've been missing 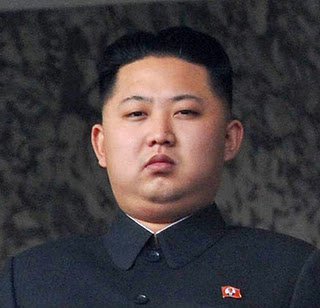 In this business we all breathe a sigh of relief come January. Nothing beats the buzz and rush of the December madness, but now we have time to pick ourselves up, dust ourselves off and plan for the year ahead.

Being unable to lift my head for the last 6 weeks or so, I feel more grounded again knowing what’s going on in the world, even though not much has really changed.

Manchester City remain top of the English Premier League, North Korea still have a nut-job behind the trigger of a nuclear arsenal, albeit a slighter younger model, and there’s the same loud noises about the European Central Bank, German bonds and euro-zone inflation.

Here’s a little of what we missed from the world of wine last month:

Pancho Campo MW knee deep in… A story that came to light last month about the Master of Wine who allegedly took payment from wineries to arrange the visit of Jay Miller, one of Robert Parker’s Wine Advocates. Innocent until proven guilty, they say. Miller has given his side of the story.

Scientists have identified more than 20 chemicals that make smoke-tainted wine taste, er… unpalatable. A bit late for De Bortoli winemaker Steve Webber who lost almost an entire harvest because of smoke taint in 2007.

A traveller splurged almost €50,000 on a half-case of wine purchased at Paris’s Charles de Gaulle, breaking the record for the biggest spend at the airport. He or she must have had an awesome Christmas.

English winemakers continue to earn plaudits for their ever-improving quality. A new report reveals over half of sparkling wine drinkers in the UK have tried sparkling wine from English vineyards at least once. Meanwhile, a British estate agent has become one of the first in the UK to market a parcel of land purely on its potential as vineland.

Victoria Moore, wine writer for The Telegraph, checks out the Swartland Revolution in South Africa, a weekend-long wine festival like no other. It’s already giving me ideas for a pre-Christmas holiday this year.

Despite some wine regions feeling the squeeze, California’s international wine exports are booming with 2011 looking to have finished up comfortably over 20% in terms of value compared to 2010. With an increased focus on international markets, we might finally start to see some real value from California. A weak U.S. dollar is aiding that, although a strong Australian dollar may see a slight increase in Australia wine prices this year.

Strictly Come Dancing star Alesha Dixon landed herself in some controversy after an appearance on a TV chat show where she was seen drinking wine out of a bottle. Dixon has been (and may still be ) working with wine brand First Cape since last August. After this little ‘pickled’ incident, some were led to believe she might be axed from the company’s plans for 2012. Sad story that one.