Home Blog Curious Facts & Fun What is it we dream about? What brings on a sigh?

What is it we dream about? What brings on a sigh? 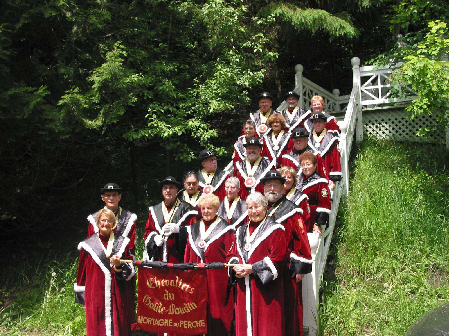 Food, glorious food did it for Oliver Twist and the gang.  If food does it for you, too, then there are one or two events in Cork in the coming week you should know about.
If you are a food producer who would like to take your growing, baking or cooking to a new level, you should hurry (because the deadline was yesterday) to enter the second annual Grow Bake Cook awards.  The 2010 winner will receive practical help from Failte Ireland Southwest to take up food production as a full-time career.  Last year’s inaugural event was a great success and a lively celebration of the region’s diversity when it comes to gastro-entrepreneurism.
These awards have the support of Failte Ireland and the new enterprise team at Cork City Council, and are just one part of the eatCORK! food festival, which takes place from 23rd-26th September and includes the ‘Foodies on Foot’ tour of city based producers and food history led by food historian Regina Sexton; the opening of the English Market on Sunday for free food workshops; a Street Food Market with bites at €3 and €5; a tickets-only banquet in the Cork School of Music, prepared by Cork native Ross Lewis of Chapter One in Dublin in alliance with Pat and Soizic Kiely of Les Gourmandises, and the EAT CORK Nights Out, which will take place at several venues around the city.

The other event that should retain your interest if you are of the eating persuasion is the French Food Festival being run by Isabelle Sheridan of On the Pig’s Back.  In addition to the popular counter in the English Market, the pig’s back now extends to impressive premises in the Douglas Woollen Mills, and it’s here that the Festival will take place between Thursday 23rd and Saturday 25th.  Isabelle decided that it was time to wave her national flag, and there are some really irresistible Gallic goings-on lined up, not least among them the visit of the robed and behatted (as you can see) Knights of the Black Pudding (La Confrérie des Chevaliers du Goûte Boudin), in Ireland to present medals to three Irish butchers.  You can find out more details – there’ll be pétanque! a night market! on the Thursday, a six-course banquet! – by channel-hopping to Blake Creedon’s blog, which reinforces the right and proper support that wine writers give to food events and vice versa.
Bon appétit!