Tough times for Champagne, but bubbly market share on the rise 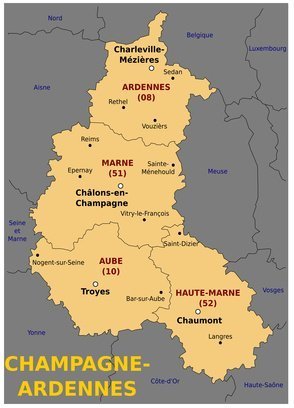 As we’ve seen with the Irish summer over the last number of years, weather patterns are becoming more and more difficult to predict. We had one of our mildest winters, while Europe had one of their harshest in recent times. The arctic sea ice has reached an all time low, and with more melting ice the natural flow of the oceans currents have been disrupted, affecting temperatures and weather patterns inland. Global warming is here, and whether or not man is the root of the problem, it’s something we’re having to contend with now.

Last week I posted on how good the 2012 vintage has been for Australia, and Bordeaux seems to have enjoyed yet another great year, of which there’s been plenty in the last decade, so in the world of wine its not all bad every year, but there’s no doubt that more producers are encountering less reliable years.

Champagne is one region having to deal with a tough 2012 vintage. It started with frost in April which wrote off about 10% of the regions stock, with some areas losing up to 40%. Hail followed in June and then milder, wetter weather moved in and encouraged disease, with oidium on the Chardonnay and mildew on Pinot Noir and Meunier becoming a common problem.

Naturally, Champagne has had a turbulent 4-5 years with the inset of the recession. More people have moved to the cheaper alternatives – Cava and Prosecco. But there is hope that demand from India and China will show in the coming years, and according to data from TNS, Champagne and sparkling wine is set to double its market share in the UK and overseas, thus pushing into the share that still wine holds. This has largely come from young and new drinkers who see bubbly as more than just a celebratory drink. The low cost of Cava and Prosecco has made sparkling wine more accessible.

While Champagne is down, it is certainly not out. Demand, although it has decreased over the last number of years, is still there, and if there are any questions over standards, one thing these people don’t do is compromise quality. They simply can’t afford to.