The simplicity behind great wine 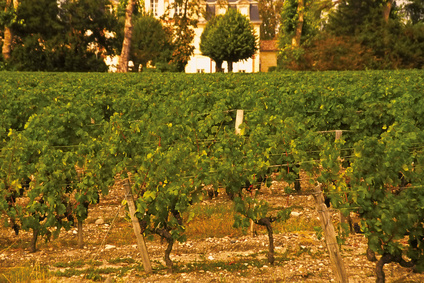 There are lots of great wines out there, but what is the magic behind those being sold off at auction for thousands of euros a piece? Are they really much better than the fine wines we can easily attain in the €20-€50 price bracket for example? What is it that makes them stand out from other wines, and can they not simply be replicated elsewhere and sold off at a much more sane price?

The world’s most expensive white wine was sold for £75,000 in London during the summer. It was a 200-year-old bottle of Château d’Yquem, which has extraordinarily long aging ability due its high concentration of sugar. Here’s what the buyer, French private collector Christian Vanneque, had to say:

“This wine is very special – it is attached to the most renowned white wine in the world, and it was produced in the year of the Great Comet, which was believed to enhance the quality of the wine,”

See I thought he was just bonkers paying that until he mentioned the Great Comet. Makes much more sense now. He went on to say that it was bought to be enjoyed, not as an investment opportunity.

So apart from comets, what really makes a truly great wine great? There’s no hiding that the prestige of the brand behind these wines goes to massively inflate prices and exaggerate value. And remember when you’re paying £75,000 for a single bottle, you’re playing with the big boys. Enthused collectors with huge financial muscle, obviously. But prestigious brands can’t just crop up from anywhere. These wineries have incredibly unique terroir – that is the land they grow their vines on – as well as the necessary expertise to get the best out of the land.

Once a winery or a simple farmer has the fortune of inheriting this very ‘special’ land, the hard work is done. Think of it as winning the lottery. Now the task is relatively simple. Don’t mess it up. Don’t play around. Keep it simple and let the terroir do the talking.

Petrus is a case in point. This is genuine investment stuff, with single bottles selling between €2,000 and €3,000 depending on the vintage. From a winemaking perspective, it’s fairly standard procedure. The pressed wine develops in concrete vats and is then transferred to new oak barrels for twenty months of aging. These barrels have been washed beforehand so the wine is not made too tannic or woody.

If there are any secrets behind the greats of the wine world, they can only be found in the vineyard. At least that’s what the French will say. One might argue differently in the New World.