The Rising Star of Rueda 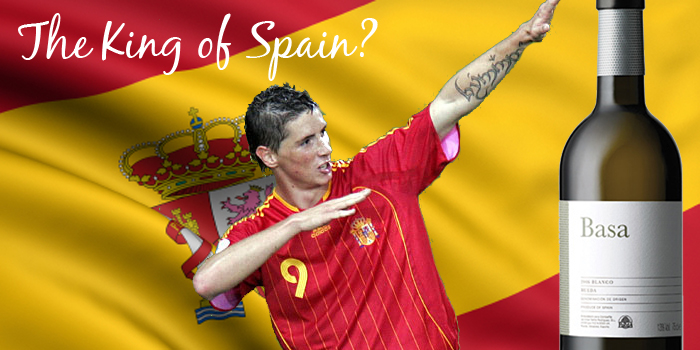 Just as its national team awoke as a sleeping giant of international football last summer, Spain has its own sleeping giants in wine terms. Most famous for the red wines of Rioja or the bubbly Cava of Cataluña, Spain is showing internationally that it’s much more than just one or two superstars.

For much of the 20th century Rueda was better known for its fortified wines from the Palomino grape, similar in style to the Sherry produced much further south in Spain. All this changed in the 1970s however, when Marqués de Riscal of Rioja spotted the potential in Rueda’s other dominate grape variety Verdejo. Today, Verdejo, along with another Spanish native Macabeo and the more internationally renowned Sauvignon Blanc, has elevated Rueda from the local Sunday League to an accomplished star of international renown.
For its part, Verdejo produces aromatic and herbaceous wines, with an ability to age and a hint of nuttiness that gives more than a nod to the sherry-style wines traditionally made in the region. It’s also one of a relatively small number of grapes that makes a successful blending partner with Sauvignon Blanc, like Semillon in Bordeaux often softening the edges of the Sauvignon to produce wines of sublime balance and elegance.
Despite the admission of red wines into the Rueda DO in 2002, Rueda, for now, is all about these fresh, characterful and vibrant whites. With good structure and substance, lively acidity, herbaceousness and occasional nuttiness, Rueda’s whites make wonderful complements to a range of foods, from light salads, chicken and seafood to soft cheeses, nuts and richer tapas.
Check-out our eight Rueda superstars, and save 10% as part of our Viva l’España promotion for the month of April.