The latest innovation in wine preservation 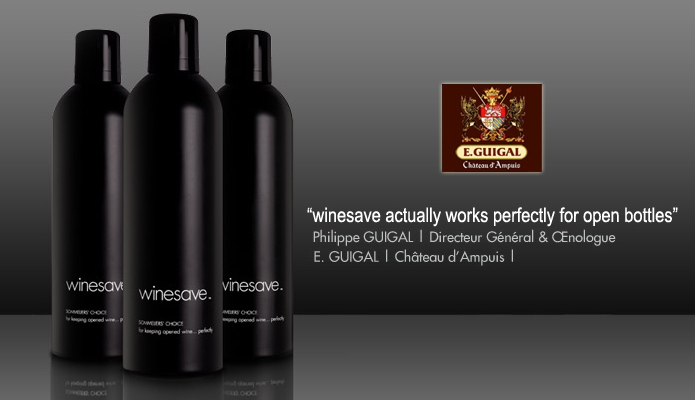 Oxygen is not wine’s best friend. Open a bottle and oxidation gets to work immediately. In most cases, by day three, spoilage will have noticeably set in. Whenever I’m asked how long you can keep a wine for once opened, my advice is to consume within 48 hours. It won’t kill you to drink it after being open for four or five days, but it will be well past its best. If you’re done with it for the evening, replace the closure and stick it in the fridge, whether it’s red or white wine.

There are a number of gimmicky closures available that supposedly help preserve a wine for longer. One of the more familiar gadgets is the one that sucks the oxygen out of the bottle before resealing the cork. I’m not entirely convinced of its benefits, perhaps you have had a better experience with it, but there is a relatively new device developed by an Australian company which is now being distributed all over the world, including in the UK – but in not Ireland as yet.

The aptly named ‘winesave’ is a canister containing the liquid form of argon, a gas which is heavier than oxygen. Spray the gas into the opened wine bottle, just a few centimetres above the wine, and reseal it right away. The harmless argon gas, which is odourless, forms a protective layer over the surface of the wine, preserving it against further oxidation. Supposedly it will keep a wine perfectly fresh for a week or more. The benefit of this, according to winesave, is that you can open a bottle and not be under pressure to finish within a few days. The benefits also extend to the trade, such as bars (particularly wine bars), restaurants and retailers.

The canisters are available for around £20 sterling and each provide at least 50 applications. In all honesty they wouldn’t serve much of a purpose in my house because we struggle to make a wine last beyond the first day, but I can see why others might find it useful. Even Jancis Robinson says “I have found it pretty good at preserving even delicate old red burgundy over a week.”

Well, if Jancis says it works, then it must work.