The hand of God in Chilean winemaking 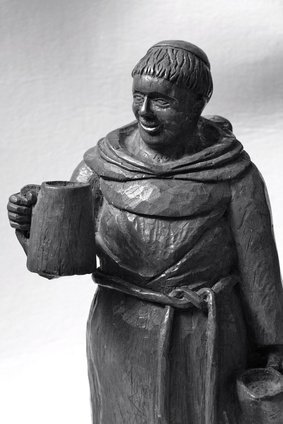 As Spanish conquistadors and the word of Christ landed on Chilean soil, so followed missionaries and the root-stocks that accompanied them from the Old World. I can imagine customs having a field day over the bio-security risk, but then again this was 1548. A significant year as the priest Francisco de Carabantes planted Chile’s first vines in the small town of Concepción.

Despite the priests intention of producing wine for communion only, by the 17th century vineyards were springing up well outside monastic farmland. At one point the Spanish Crown ordered vines to be torn up because of the competition they might cause to Spanish wine sales, but this was abandoned in 1678.

For years wine could only play second fiddle to the native ‘Chicha’, a popular traditional alcoholic drink made from corn or apples. Mind you, the quality of the wine in those days wasn’t a patch on that of today, and it didn’t really become a commercial commodity until after Chile had become independent in 1818.

With the development of industrial mining, a wave of pioneering businessmen made their fortunes, some of which invested heavily in the wine industry. This wasn’t long after the aristocrat Silvestre Ochagavía Errázuriz imported the vines of international varieties from the Old World, and planted vineyards in the valleys near Santiago.

Varieties such as Cabernet Sauvignon, Merlot and Sauvignon Blanc started performing very well under the supervision of French oenologists, employed by wealthy entrepreneurs looking to replicate the Bordeaux model.

Between 1938 and 1974 the Chilean government constrained production in an effort to combat alcoholism. With smaller volumes, quality only improved, and by 1979 the Catalan wine grower Miguel Torres became the first foreign investor to really bring Chile up to international standards at that time, in terms of both expertise and technology.

Others followed suit, and the Chileans themselves learned a lot from the Old World elite. The investments paid off and by the 1990s the volume produced had outgrown the home market, with the foreign market welcoming the overspill with open arms. The rest, as they say, is history.