The drinks are on Gallo & Constellation this spring 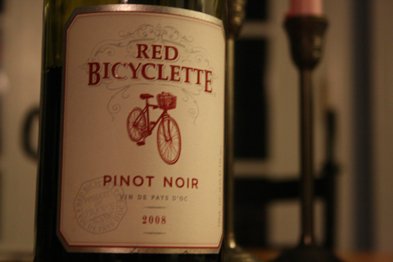 It is almost two years ago that the story of the fake Pinot Noir scandal came to light. Twelve French merchants and Co-op executives from the Languedoc were caught flogging the equivalent of 18 million bottles of fake Pinot Noir to the US giant Gallo for their brand Red Bicyclette.

A few weeks ago a California judge approved a class-action settlement entitling many wine drinkers to a refund nearly a year after the ‘dirty dozen’ were convicted of selling the fake wine to E&J Gallo wines and Constellation Brands Inc, who bottled the juice under various labels, including Gallo’s Red Bicyclette, before selling it to unsuspecting consumers in the United States.

The two companies will set up a $2.1 million fund to be divided among anyone in the United States of legal drinking age who files a claim. For the three people who brought the lawsuit to court, they will share $58,000 between them with their lawyers receiving up to $400,000 in legal fees and another $400,000 going to the company handling the claims and disbursement.

Details will be finalised in April.

The plaintiffs allege that this wine was still mislabeled when it was sold to consumers in the United States. The defendants deny these allegations and contend that if they received any mislabeled wine, they themselves were victims of the convicted French suppliers. Nevertheless, the defendants have agreed to make certain reimbursements to consumers who purchased the wines in question in order to assure customer satisfaction and resolve the claims made in this lawsuit without expending more time and money.