The birthplace of modern winemaking 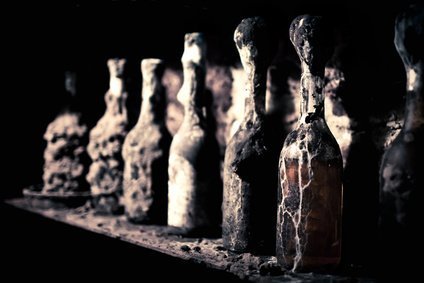 The Ancient Greeks knew it as Oenotria, or ‘land of the trained vines’. It was in fact the Ancient Greeks who brought wine to Italy, but it was the agricultural and engineering brilliance of the Romans who brought it so many steps further. Not only are they responsible for bringing vines to far off lands, but they harnessed technology to produce the kind of wine we enjoy today.

As far as we know the first mutter of vines in Italy came around the 3rd century B.C. when Hannibal invaded. It’s hard to believe the vintage of 121 B.C. (Opimian Vintage) was regarded as an excellent year for wine, so much so that it was still being drunk over 100 years later. Then came the hard archaeological evidence showing winemaking facilities that were built as extensions to large villas between the 2nd and 3rd century A.D., although there is solid evidence showing wine production in some scale in the 100 years either side of zero A.D.

The rapid growth of Rome and the opening of new trade routes to Gaul (western Europe, mainly France) and Spain brought great wealth and prosperity, and with that, disposable income to spend on wine. Vineyards popped up on the slopes behind ports so as to have easier access to the demand of foreign lands. The regions of Lazio and Campania around Rome became the first widely recognised wine regions of Roman Italy.

With the fall of the Roman Empire economic chaos rained, but despite the fine wine market also disappearing, the basic Italian diet remained the same. Bread, olives, fish and wine. A renewed interest came about between the 11th and 14th centuries, a period of time when Italy’s population almost doubled around 8 million people. An economic revival saw Florence become the banking centre of the world. The rich merchants of the cities became a new market for fine wines. As their Roman ancestors did, land was deforested and planted with vines that were raised on trees, stakes or trellises. This increased yield by exposing the grapes to sunlight.

At a time when Italy’s international exportation of wine was in full flow, they still had more than enough for themselves, both in ordinary everyday wines, and those of the finer variety. By the 14th century familiar names such as Barbera, Trebbiano and Nebbiolo had crept into wine vocabulary. The civic and monastic chronicles show the divisions in terriotory and the excitement and advances around making quality wine. Even the cellarmaster of Pope Paul III recounted his wine experiences with great interest during papal travels in 1536.

In the 17th and 18th centuries Italy again left behind the rest of the wine world with the rise of modern wines in bottles with cork stoppers, many now marked as being from specific producers. Records show not long after, however, that quality began to suffer. It wasn’t truly until post Second World War, long after phylloxera had devastated European vines and after numerous international varieties has been introduced, that Italy again came into its own.

After economic recovery a class of consumers was created who had an interest and the means to buy wine. Today it remains an essential part of the Italian diet, as well as a source of great pleasure for enthusiasts all over Italy and throughout the world.