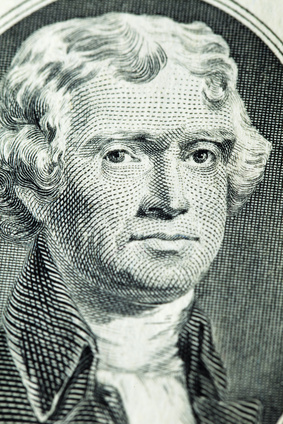 What’s a couple of hundred thousand dollars for a bottle of wine when you’re a billionaire? Sure, why not. A bottle of wine once owned by the 3rd US president Thomas Jefferson is an attractive asset for those with a bottomless pit of cash. And it’s from Château Lafite, the famous French wine estate now owned by the Rothchild family. But of course, the big question. What are the chances it’ll be corked, or simply gone to vinegar? Very possible, but there’s yet a bigger question that must be asked. Is it a fake?

Back in 1985 a member of the Forbes family paid $156,000 for one of these bottles. That’s a lot of money now and it was even more money back then. It was purchased from Hardy Rodenstock at Christie’s Auction in London. At the time it was the world’s most expensive bottle of wine. Soon after questions began to be asked about the authenticity of Rodenstock’s find. The pop band manager turned wine collector was known for unearthing extremely old and exquisite wines, although his reputation was being questioned. After this, in 1992 a German court found that Rodenstock had knowingly offered adulterated wine for sale.

Now billionaire William I. Koch is involved in a lawsuit against Christie’s in which he accused the auction house of fraud over his purchase of four wines – the same wines sourced by Rodenstock and said to have been owned by Thomas Jefferson, and with the same telling signature on the bottle “Th.J”. Koch purchased the wines back in 1987 and 1988 but only discovered the controversy surrounding them in 2005. The Monticello report from 2005 revealed that Jefferson ordered an entire year’s supply of wine in a single purchase. The orders from 1787 to 1792 were intact and none reflected purchases of the “Th.J” wine.

Koch is said to be worth around $4 billion so I’m sure he’ll get over it, however, the mystery remains. No one really knows for sure if the wines are fake or if Rodenstock was pulling a flanker. To help shed more light on the matter a book called The Billionaire’s Vinegar – the mystery of the world’s most expensive bottle of wine – will make for a fascinating read.