The best terroir in the world 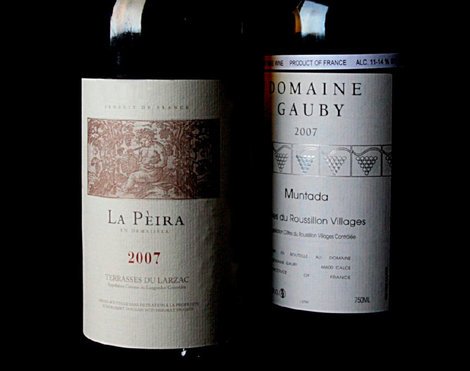 Wine producers in the Languedoc have been upsetting the establishment of late. They are making wines to put some of the best Bordeaux and Burgundy producers in the dark. Terrasses du Larzac is one of those areas boasting quite possibly the best terroir in the world, and it is a secret that is threatening to go global.

The Terrasses du Larzac is in the north of the Herault and includes the ancient villages of Montpeyroux and St-Saturnin. Here summers are warmer and longer, and winters are cooler than the surrounding area. The Romans first planted vines next to the busy road which linked Cessero (St Thibéry) with Segodunum (Rodez).

Today, Syrah, Grenache, Mourvèdre, Viognier, Roussanne, Cinsault and Carignan are all grown here on soils which have evolved from the gravelly alluvial deposits dating back to the Pliocene Age. Like a nutritionally balanced drip-feed, the conditions are just right to grow the world’s best fruit. Deep, porous, permeable, well drained and aerated, there is just enough clay for a little water retention (not too much), and the vital nutrients, in their measured doses, are all present. You might call it the perfect balance.

La Pèira en Damaisèla is one of those best kept secrets, with Gary Vaynerchuk remarking that their Terrasses du Larzac is set to become the “next great global cult wine”. We all know that the best value inexpensive French wines come from the Languedoc, but now we are seeing world beaters.

“this estate continues to produce world class wines that show not only plenty of distinctive character, but a level of polish and refinement that isn’t often found – from anywhere”

So how do they do it? Is there a trick in the production? Short pruning and leaf plucking in the vineyard, hand picked and fermented in stainless steel tanks and oak vats before aging in new barrels. All sounds quite familair really. Must be something in the air. And the soil, obviously.

“The flagship wine from this new venture is easily going to be the next great global cult wine. Think Clos Erasmus or Masseto; that’s the level of quality that this wine brings! Dense, rich and explosive, with layer after layer of flavor and complexity. Ripe, but never over-the-top, this stunning effort should easily last 25 to 30 years. Expect ENORMOUS ratings for this wine.”

Pictured above, the 2007 Terrasses du Larzac alongside alongside Gauby Muntada 2007, both joint first (98 points) as the top wines in the Languedoc-Roussillon (The Rhône Report). To view the range from La Pèira en Damaisèla, click here.