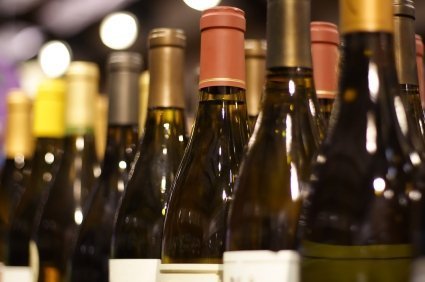 The American Association of Wine Economists can’t be accused of doing things by half measures: a recent study, according to a report for the Guardian by Robert Booth, draws on sixteen years’ analysis of the actual alcohol content of 129,000 wines compared with the degree stated on the bottle label.
More than half the wines were in fact stronger than claimed, while just under a third were less strong.
You’ll sometimes see the alcohol percentage on a bottle expressed to an apparently precise degree, e.g. 13.9% – but European wine law allows a latitude in accuracy of up to half a per cent, meaning that my example bottle could contain wine at a strength of anywhere between thirteen and a half and nearly fourteen and a half per cent.
In Ontario, where the study was carried out and where every wine imported is checked for alcohol content, the tolerance is one per cent.
The suggestion is that wineries are deliberately taking advantage of these tolerances in order to tempt consumers seeking a particular degree of alcohol in their purchase.

The analysis also revealed that strength of wine across the world has risen by almost a whole percentage point in recent years. Between 1992 and 2006, the average alcohol in a bottle of wine that passed through Ontario rose from 12.6% to 13.6%.

There’s plenty more reading in the Guardian’s piece, including a glance at the Bordeaux 2010 vintage – go and have a look – and there are some specific figures concerning wine strengths by country in a related article here.  Thanks to Eoin for pointing it out to us.