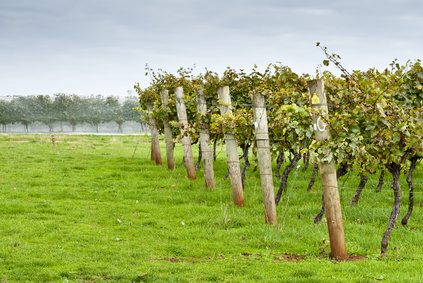 Tasmania is fairly high up my list of must see places before I die. Lying 150 miles south of the Australian continent, it is the sixth state of Australia. With less than half a million inhabitants for such a large island, it is absurdly remote in places. Around half of its population live in and around the capital, Hobart, so there’s plenty of beautiful, unspoiled land to explore, as well as some of the world’s best terroir to the benefit of wine drinkers.

As a wine producing state, there wasn’t much activity worth noting before the 1980s. Jean Miguet, a Frenchman working with the Hydro Electric Commission, planted a number of plots in Northern Tasmania in the late 50s which showed promise. Fast forward to the mid-1980s and Pipers Brook, Tamar Valley and the East Coast had all a number of established wineries. In Southern Tasmania, vineyards were popping up in the Derwant Valley, the Huon Valley, Coal River and on the east coast in Cranbrook.

The great thing about Tasmania is the diversity on offer. The soil make-up is varied and there are so many different micro-climates. We talk about Australian wines as having identity in terms of regionality within each of its winemaking territories, but Tasmania has so many local variations within its own land mass, so it’s very difficult for professionals to pin-point exactly where a particular wine is from.

The best producers find the varieties that suit their terroir best, thus playing to the strengths of the land, but overall the consensus is that Riesling, Pinot Noir and the sparkling wines of Tasmania are world class. In fact, in my own experience, the best sparkling wine I have ever tried outside of Champagne was Andrew Pirie’s Sparkling NV. Absolutely to die for.

Wherever it is grown, Chardonnay responds to the varying influence of the vineyard site and the winemaker’s philosophy and technique. Because of the cool nature of the climate, conditions at each vintage are mirrored in the finished wine. Chardonnay in Tasmania is usually much more fine and delicate than most other Australian counterparts. It is unified by a capacity to develop in the bottle and an unsurprising European edge to the tangy citrus and apple fruit flavours.

A variety which flourishes in climates paralleling those of the Mosel, the Rheingau and Pheinpfalz regions of Germany, the Riesling grape, there and here, produces subtle but distinctly differing styles. The common bond for Tasmania with Rieslings from these European regions is the relatively high level of natural acidity which underwrites their longevity and becomes even more obvious when the wines are compared with those from mainland Australia.

Cabernet Sauvignon and Merlot suit only the warmer sites and warmer vintages such as those of 1998 and 2000. However, two swallows barely make a summer and so these varieties must be planted with the greatest of caution in Tasmania.

Pinot Noir is a variety that in both theory and practice is perfectly suited to Tasmanian conditions and which regularly produces soft, luscious and strongly perfumed wines. As with Riesling, there are various regional nuances to be found, but the winemakers’ fingerprints are much more evident and important with Pinot, so choosing makers may be as simple and easy as picking districts.

Sparkling wines are of great and growing importance, which is hardly surprising considering the French Champagne comparisons. Several brands have gained both national and international acclaim as production volume increases, and the styles continue to be refined.

20% off Australia until the end of August, including Pirie Wines of Tasmania.