Talking About Our Generación – Unpicking Winemaking Traditions with Bodegas Tempore 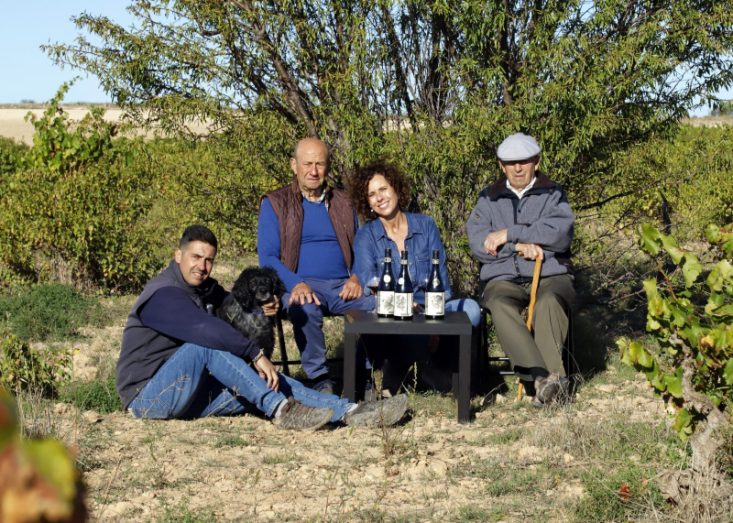 Bodegas Tempore is truly a family affair. Grand custodian of the operation is Antonio, the patriarch, who turned a youthful 102 years old in July.  Antonio began tilling the land as a young twenty-something farmer, planting vines and growing grapes in the 1940s in the tiny village of Lécera, Zaragoza, Spain. The region itself is a very dry, semi-desert area of low precipitation and rocky, clay-based, water retentive soils with vegetation that can endure harsh summers and sparse rainfall. Antonio first built his working relationships with the local cooperatives when his village numbered only sixty inhabitants, selling his modest yields and keeping the operation ticking over.

He describes it as “a way of life, in order to survive” — the yields may not always have been plentiful enough, or good enough quality, but he did it his way and learned how to work the land he knew and had grown up living on.

His routine in the early days was simple and included waking up early in the morning and then walking or riding by horse to the vineyard, checking the vines and preparing for harvest. For Antonio, from the very beginning, it proved to be a fairly solitary operation. If pruning had to be carried out he would do it himself even though he laughingly admits that he wasn’t the best, he preferred to take on the lion’s share of the work for mainly economic reasons and kept the business running by himself or with assistance from close family only. It is clear that he is awestruck by the transformation the vineyard has undergone in consequent years, taken in new and exciting directions by his grandchildren Paula and Victor Yago Aznar. The whole operation was ably assisted by their mother, Milagros, who also played a vital part in the evolution of the company.

Manolo has the same practical farming sense as his father-in law, explaining that he planted standard vines on the land in the year he got married because that was all he could afford and he always considered the vineyard as an economical instrument with good profitability. Additionally, he had a vision for innovative organic agriculture, a model that he anticipated the world would be adapting as good viticultural practice and that Tempore should aim to emulate.

Simone Bernasconi, export manager for Tempore, joined us in the Curious Wines warehouse recently to talk about the evolution of the winery and its aims and concerns. He spoke of his admiration for the family and of the older generation for paving the way into a new modern era for their children. Due to Manolo’s tenacity in the late 80s and early 90s and his recognition of how they could capitalise on their unique selling point and spread the environmental sustainability message, he became somewhat of a pioneer in the region. It wasn’t long before Bodegas Tempore had become the first grape-growing business to be certified organic in the region of Aragon. Nowadays, they produce around 5,000 kilos of grapes per hectare, which is on the low side for Spanish average yields, but the focus remains always on quality, not quantity. 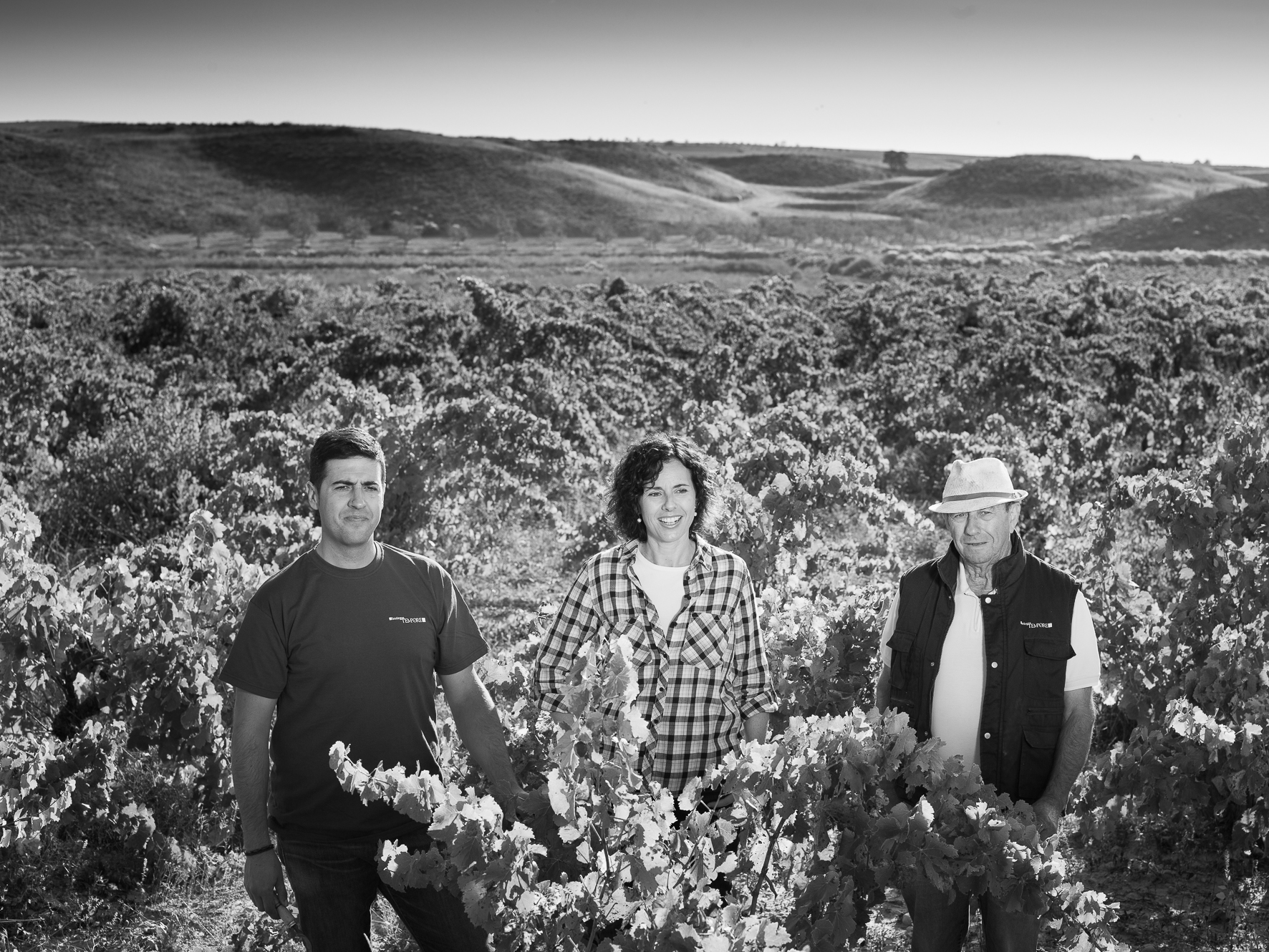 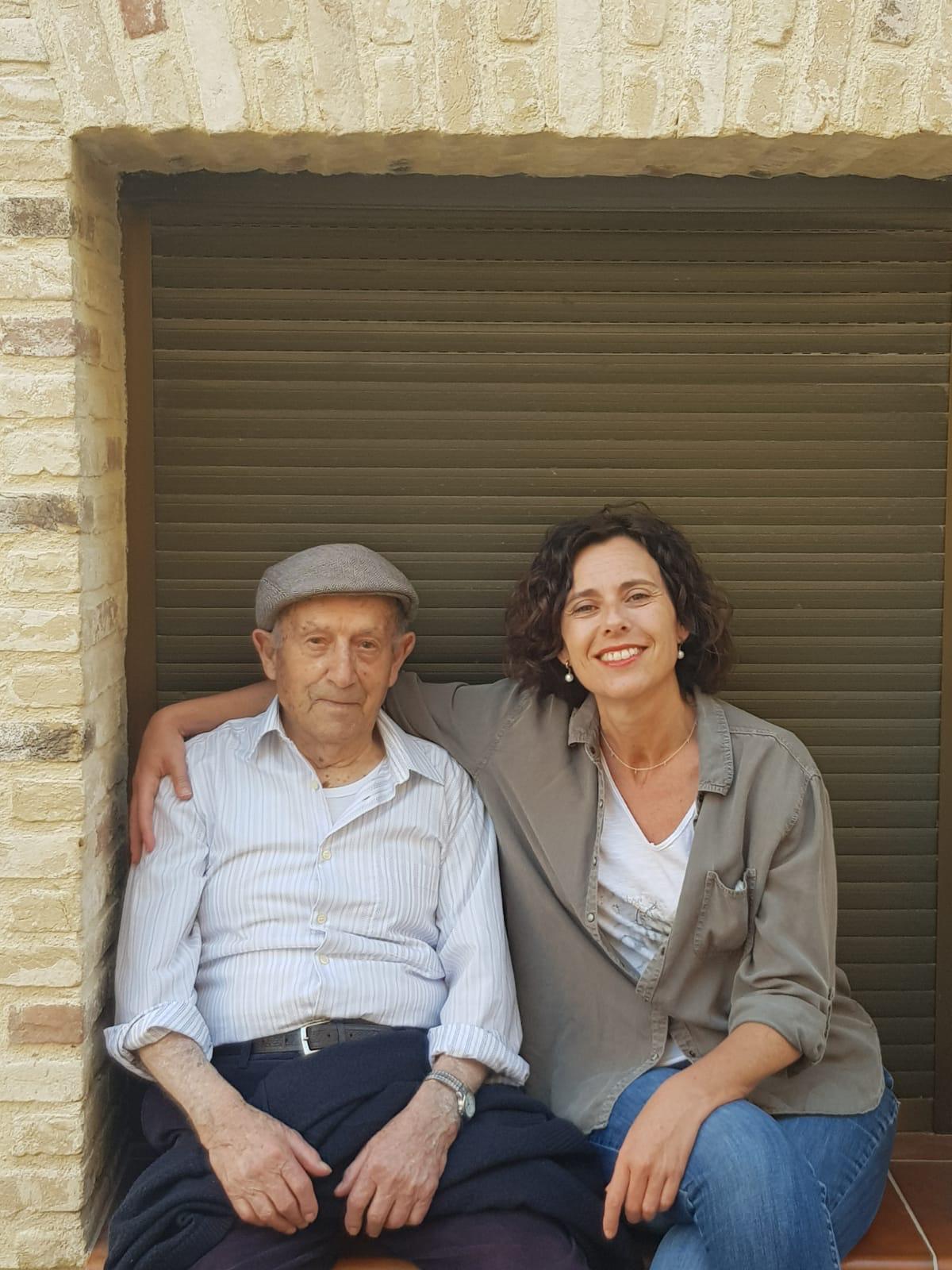 As a family they are passionate about organic viticulture and the motto ‘respect for the land, passion for the wine’ encompasses this. To this day they do not use herbicides, pesticides or fertilisers preferring to apply a mixture of copper and sulphur to dry leaves to avoid illnesses that often befall the vines during the growing season.

As Paula describes it, “it is a philosophy of life, a way of understanding things that we had clear from the beginning. If you don’t believe it, you can’t sell it.”

Their intention with Bodegas Tempore is to continue to grow a sustainable ecosystem where the vines support and protect themselves with minimal or no intervention. They use biodynamic compost to feed the soil and employ less mechanisation as a rule in the vineyard. Their modus operandi has always been to ‘prevent rather than to react’ and as Victor Yago Aznar says, “the vines are not just there to produce grapes, they are there to survive.” Vines will dig deep when necessary and regulate their own natural cycle, any excessive interference will often just dilute quality and so at Bodegas Tempore they prefer to let the vines create their own natural expression. 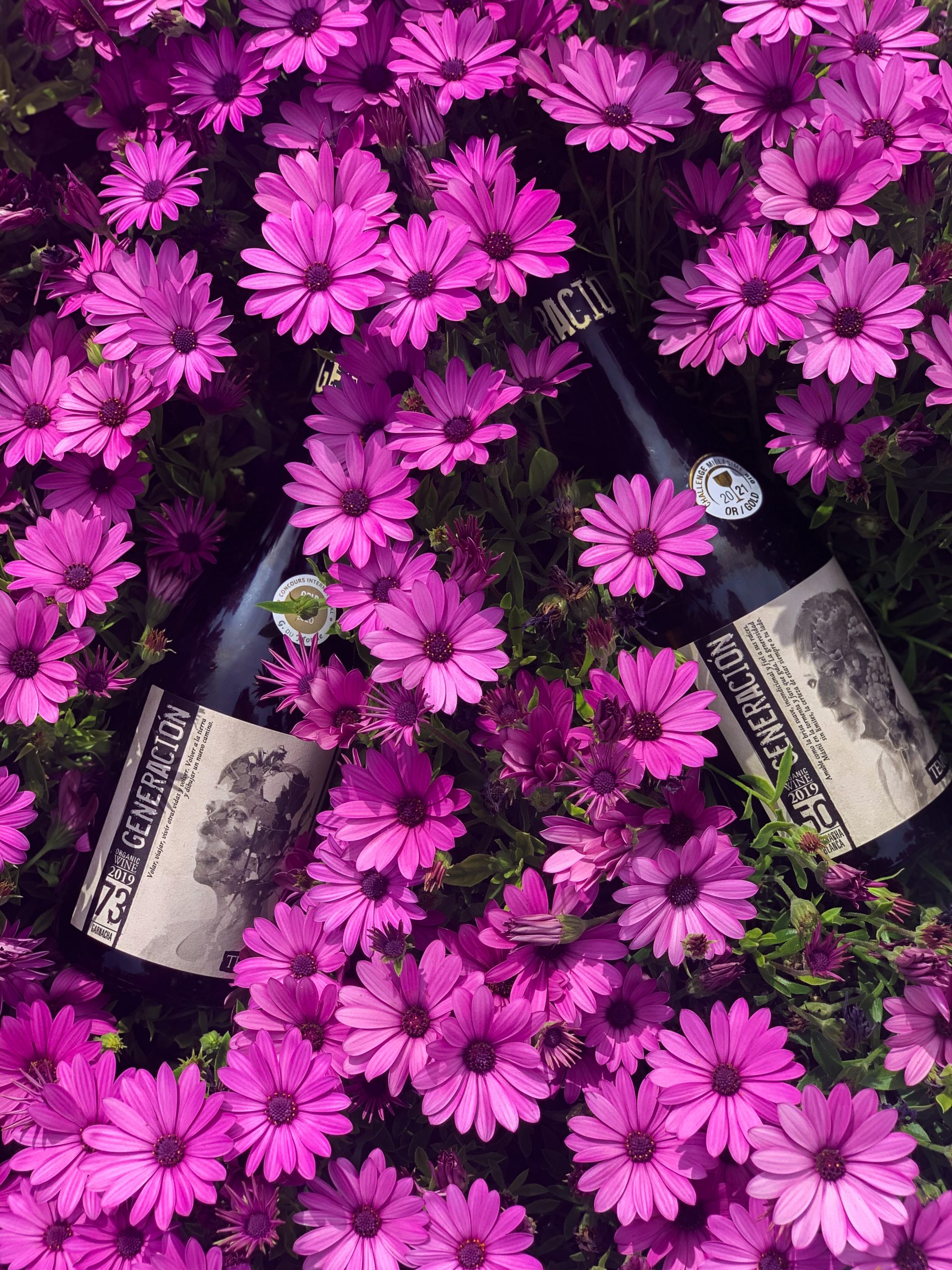 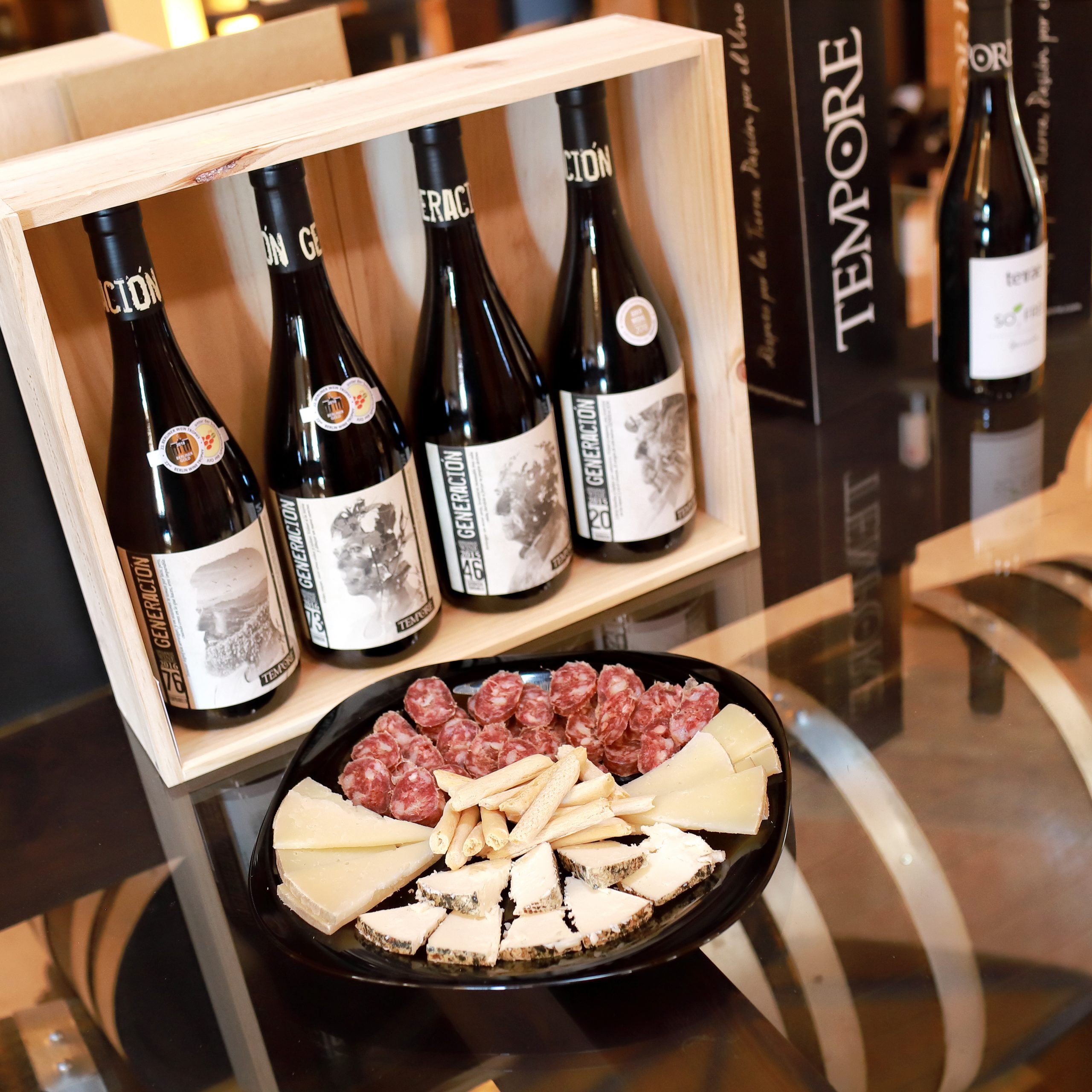 The flagship range of wines ‘Generación’ tell the story by numbers of the family and each iconic label features an integral family member and the year of their birth. The Generación 20 is made from aged Garnacha gathered from Antonio’s original 5.4 hectare plot from the 1940s. The resulting wine is then matured for fourteen months in French oak barrels creating an intense and complex wine, which continues to evolve in the bottle and after opening. Generación 50, made in the image of Milagros Aznar, is also a superb expression of white Garnacha, made without oak and aged on the lees for nine months in vertical concrete vats. Each label artistically fuses the face of one of the familly with the viticultural landscape of Aragon  appearing to live and breathe and tell the story of this joint endeavour between human and nature. 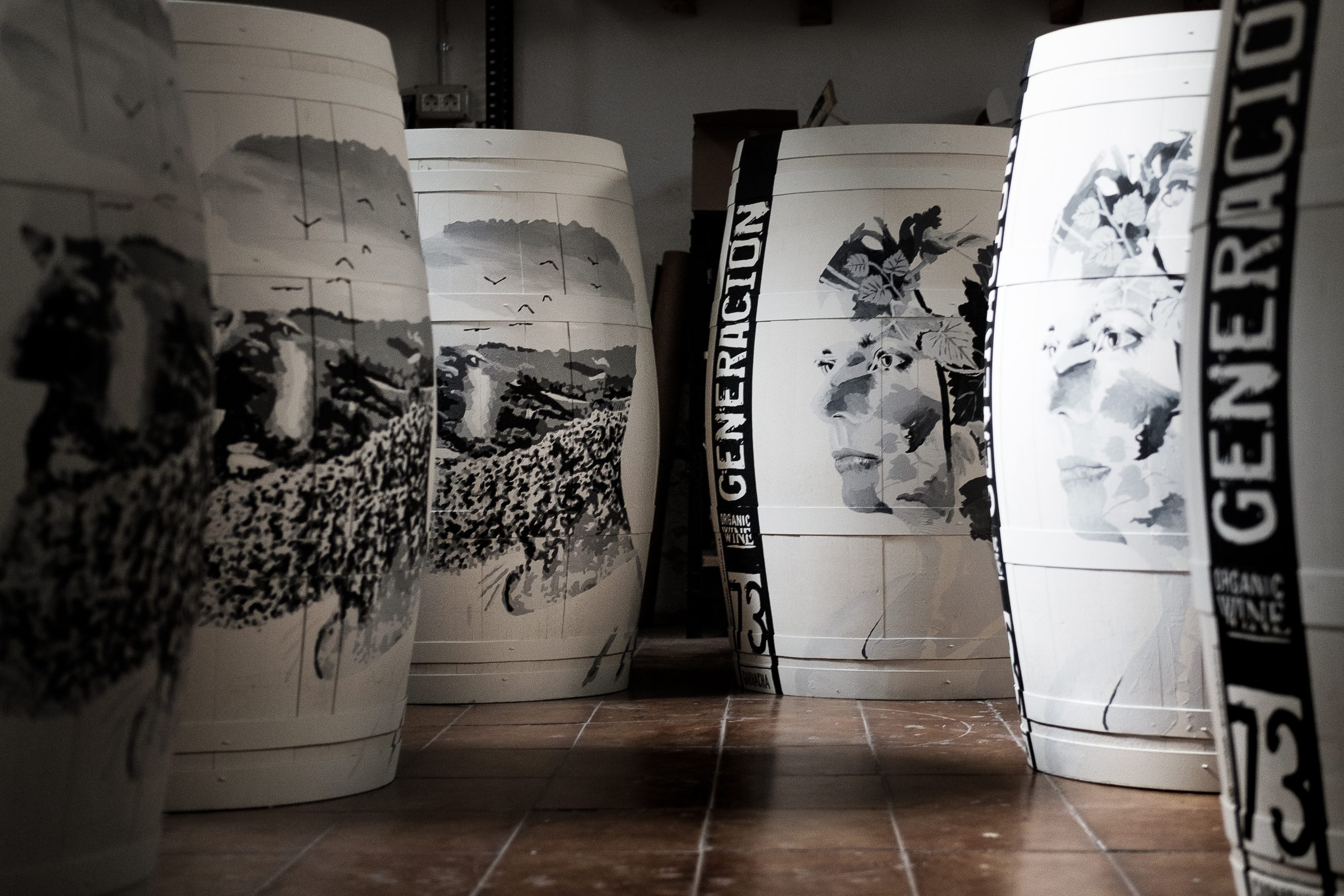 As Antonio surveys the sleek new winery buildings and expresses his pride in all his family have achieved and the journey they have taken both as a family and a business, it is clear that they are still finding new ways to build the legacy whilst staying committed to their message of sustainability. The eye-catching artwork that adorns the oak barrels which have outlived their usefulness for ageing, is testament to this. Expertly painted by Pedro González from Zaragoza-based designers Contiza Rotulación, the barrels are given a new lease of life and sold on to the hospitality industry as bespoke sculptural furniture. It is clear from talking with Bernasconi, and watching the videos the family have made talking about their experiences, that Tempore is only just beginning on its export journey and that Paula and Victor, under the watchful eyes of their grandfather and parents, have big plans to continue making wines that tell the history of their region and bring it into a new age of modern winemaking.