Swapping the boardroom for the barrel 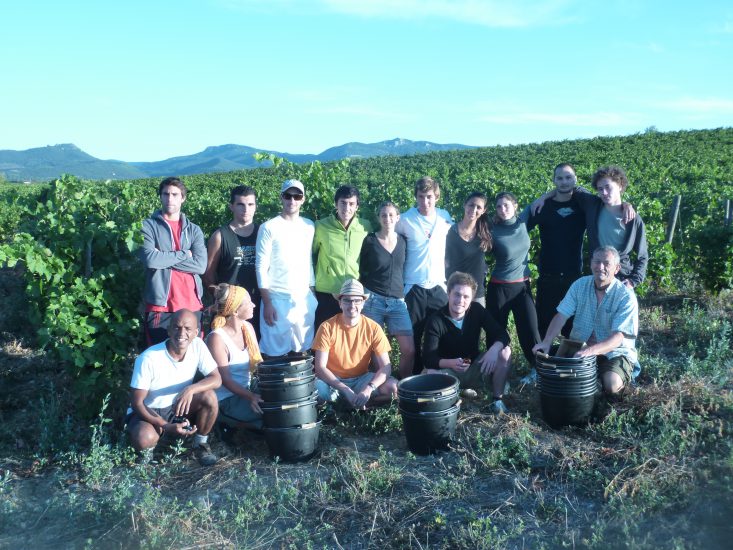 It is surely a dream for all of us, at least those of us who are in anyway driven in life, to make a living doing something we enjoy and that we are passionate about. Imagine getting paid for something you love doing. This is a story of a regular guy who had been successful in his career. He was doing something that he was very good at, but it wasn’t his passion.

When Pascal Fullá founded Le Mas de l’Ecriture in 1998 he began with a blank canvas. Aged 42, with a background in law and 20 years’ experience of office life, it was time for a radical change. Pascal bought vines from five different winegrowers in the Terrasses du Larzac area, built a winery, and started ploughing a whole new furrow.

“I am not from a traditional winemaking background. My father came to the Montpellier area from Catalonia during the Spanish Civil War; my mother was from Lozère, which is a rather bleak, essentially vine-free area in the north of Languedoc-Roussillon. I came to the wine business in 1998, ditching a background in law and a senior management position in a “carpe diem” kind of phase. I built Le Mas de l’Ecriture from scratch, swapped the boardroom for the barrel chai, and got some dirt under my fingernails while fulfilling a long-held dream.”

For a long time he had wanted to make wine, driven by a deep-felt need to leave his mark on the world. He called his domaine Le Mas de l’Ecriture (l’ecriture translates to scripture), because, he says, “although I believe strongly in the power of words, I feel that actions speak just as loudly; wine was going to be my new mode of expression.”

In a relatively short space of time he has come a long way. The journey challenging, but ultimately rewarding. The last ten years have been one (very) small step in the world history of wine, but a giant leap for Le Mas de l’Ecriture.

Follow the ten years from their first vintage in 1999, the numbers have stacked up :

“I strive for perfection, ponder each and every decision, and never do things by halves. The evidence of this thoroughness and thoughtfulness is, I hope, reflected in my wines. With Le Mas de l’Ecriture into its second decade, I have great hopes and a clear vision: to become one of Languedoc-Roussillon’s leading producers of subtle, complex wines.”

Today the wines of Le Mas de L’Ecriture can be found some in some the world’s top restaurants, including Heston Blumenthal’s Three Michelin Star ‘Fat Duck’ restaurant in Bray (UK), and ‘Gordon Ramsay at Claridges’ in London. There are currently more than thirty Michelin Starred restaurants worldwide carrying Pascal’s wine, showing not only that you need passion to become this successful, you also need to be the best at what you do.

For me, this is also another great tale of a Languedoc winery producing wines that don’t only rival the great traditional Old World wine regions such as Bordeaux, but quite often better them at their own game.

Next week we’ll look at what Pascal does in the vineyard in order to create world-class wines. The range from Le Mas de L’Ecriture is viewable here, the l’emotion being a fabulous introduction to the range – certainly one to treat yourself to some night if you think you deserve it.