Swapping the boardroom for the barrel (2) 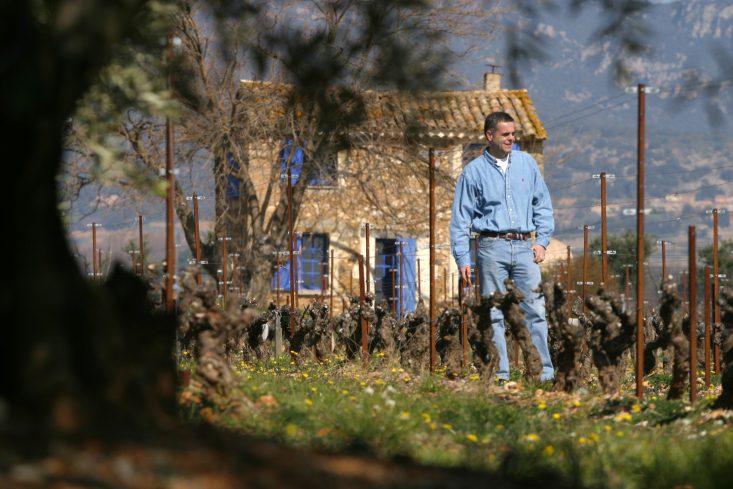 The story of a law professional who gave up the city life to fulfil his dreams in the world of wine. In the second part of this two part story, we learn more about this meticulous man and how he is managing to produce wines of such brilliance. To view part one, click here.

The terroir − the unique climate, soil and topography of the Terrasses du Larzac appellation is what defines the wines of Pascal Fullá, and of course the grape varieties. But it’s what he does with the components, how he chooses to work with them, that sets Mas de L’ecriture apart. The difference is in the detail. These are handcrafted wines, made with meticulous attention.

The vineyards are situated in the southern French region of Languedoc-Roussillon, a short drive north of the capital city of Montpellier, on the outskirts of a small village – Jonquières. This is Coteaux du Languedoc country, yet still having the honour of working within the Terrasses du Larzac appellation. The soil here is stony, sandy-clay beneath Jurassic limestone, and characterized by the exceptional quality of its drainage, which forces the vines to put down deep roots. This gives the potential to make wines with a distinct sense of place.

It is not unusual to find fossilized oysters and mussels amongst the vines − witness to a time when the waters of the Mediterranean washed over this land. Writing in Decanter, Andrew Jefford described the Terrasses du Larzac as “the Languedoc of everyone’s retirement dreams: open, uncluttered countryside where the fennel plants sway idly by the roadside, where olive trees mark property boundaries… the terraces themselves tend to be limestone rubble weathered from the Causse above… the vineyards laid out like picnic rugs on those pale stones give way, as the hills rise, to scrubby forests patrolled by boar.”

Pascal is the first to recognise the diversity he has at his disposal. For example, a 1.5 hectare plot of Syrah vines growing on a unique soil studded with quartz, sandstone and silica, allows for a wine of amazing subtlety and finesse. In comparison, two hectares of Syrah planted on mainly clay soil, brings concentration and freshness to the wines.

The varieties planted on the 10-hectare estate are vinified and aged separately. By treating each variety as a wine in its own right, through vinification and maturation right up until blending, its specific characteristics are taken into account, from one year to another, and the blends are adjusted accordingly.

Take Grenache as an example. In 2002, the rain that fell before harvest gave this cépage remarkable softness and finesse, while the heat wave of 2003 concentrated its aromas and structure; in 2004 and 2005, the same grapes made wine of a more traditional Grenache style.

In 1999 Pascal installed an independent weather meter on the estate. Its sensors measure air temperature, relative humidity, rainfall, vine leaf moisture, soil humidity, the strength and direction of the wind, and the atmospheric pressure. The station transmits the climatic data it collects every 15 minutes directly to Le Mas de l’Ecriture. This data is run through a software programme to decide how best to anticipate diseases (such as oidium, mildew and rot), and it means the absolute minimum amount of treatment products are used.The wind is a valuable ally. The Mistral and Tramontane blow regularly across the Jonquières terroir, keeping the vines dry and disease-free and helping the team to farm organically. The 2011 vintage was the first official Ecocert-organic year for the winery).

A unique and focused approach to viticulture

Having just 10 hectares under vine allows Pascal to get right down to the detail. From the carefully-tended vineyards to the pristine, pink-hued, modern winery, a highly focused approach is applied.

When US wine writer Tom Fiorina visited Le Mas de l’Ecriture, he wrote “To say that Fullá is a perfectionist is
like saying that fellow Catalan Salvador Dalí was a skilled draftsman. This is a jewel of a vineyard. The soil under each vine is arranged almost stone-by-stone. The vines look as if they have been manicured, not pruned, and even the weeds that are left growing between vine rows to draw off excess moisture seem orderly.”

Harvest, vinification and ageing: a labour of love

It goes without saying that the work in the winery is as meticulous as in the vineyard. However, when it comes to winemaking, the aim is to pair rigour with a certain lightness of touch. Gentle extraction is the name of the game. Each parcel and variety is
vinified separately.

After destemming – and without crushing – the grapes undergo a long fermentation in stainless steel or French Haute Futaie oak, followed by a gentle pressing with a vertical, hydraulic wine press, similar to those found in Pétrus and Yquem. Maturation takes place in French Haute Futaie oak barrels (15% Russian oak is also used for a more subtle effect), depending on the characteristics and the vintage. The barrels are housed for 12 months in a cellar where the temperature and hygrometry are carefully controlled.

Finally, blending commences. Each variety brings something different to the mix, and enhances the other. The fruity character of Grenache and Cinsault is underpinned by the structure of Carignan; Syrah brings texture and subtlety, while Mourvèdre adds texture and length.

“Blending is a complex, creative process, similar to painting, or writing poetry. Each year I write a new poem, using words such as fruit, structure, texture, minerality, precision, balance, elegance, freshness, subtlety and length. The blending is the part of my job that I particularly enjoy; it is the culmination of an on-going process that started years before I set foot in the vineyard (our oldest vines date back to 1970) and which will, I trust, continue for many years after my demise. It links me firmly to this region and its noble, sometimes chequered history.”