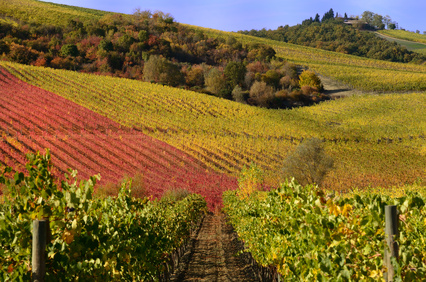 Those who have been to Tuscany will know all about the riches that lie within, including Chianti, arguably the country’s most important wine region and the producer of one of Italy’s finest wines, Chianti Classico. From top to bottom, it stretches almost 100 miles, making it even more extensive than Bordeaux. The original Chianti zone, drawn out in 1716, produces Chianti Classico. In 1932 the line was redrawn and the area expanded out to include seven sub-regions.

In the eighteenth century Italian statesman Bettino Ricasoli developed a recipe for Chianti that was based primarily on Sangiovese, with up to 10% of the white Malvasia. When the DOC laws defined Chianti in 1963 they insisted on a minimum of 10% and allowed up to 30% white grapes, which now included Trebbiano. Red from Southern Italy was brought in to help beef up the wines, such was the underwhelming character of those produced around this time. Something had to give – either the rules had to change or the producers had to make their best wine under a different name.

In 1975 a rebel wine was released from the ancient Antinori family. This Chianti-style wine, called Tignanello, ignored the DOC regulations, releasing a Sangiovese blended with a small proportion of Cabernet Sauvignon. Other producers soon followed suit, some producing straight 100% Sangiovese, others even using the Bordeaux blend of Cabernet and Merlot. These wines became known as “Super Tuscans”, and before long a lot of them started to fetch higher prices than the DOC regulated wines. As a result the rules were then reviewed to encourage more producers to bring their wines back in under official regulations.

Chianti Classico emerged from the Super Tuscan debacle. Better quality clones of Sangiovese and better ways of growing them were identified. Today the wines are taken very seriously by consumers and critics alike, and rightly so. They are predominantly from low-cropped, top-quality Sangiovese vines, aged in large and/or small oak barrels, and have a typical life expectancy of ten years or more. If not going with 100% Sangiovese, up to 20% of the blend can include the traditional red Canaiolo grape variety, the deeply coloured Colorino and the international varieties of Merlot and Cabernet.

More often than not the challenge in the vineyards of Chianti Classico is to ripen the sugars and the tannins from the relatively late-ripening, light-coloured, high-acid Sangiovese. The wines are firm and savoury, made for food. Some will only come around after ten years in bottle, but be sure to ask your wine merchant for advice on what’s drinking well now and what needs more time. These are serious, but very rewarding wines.

For 20% off Italy until the end of April, click here.