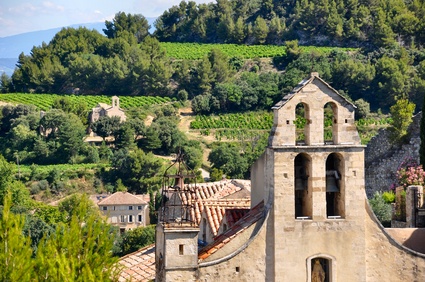 Rhône is one of the more user friendly French wine regions, and you can find great value here.  Some styles are more in line with the New World. Big, bold, warm and rich reds, with Grenache and Syrah dominating, others are more akin to their siblings in the north, although the varied micro climates make ‘diversity’ the key descriptive for the wines of Southern Rhône. That’s what makes it so interesting.

This is a massive area, about 100,000 acres around the southern end of the valley, stretching as far south as Avignon. It’s an area of high volume, short lived but fruity wines, much of which are very ordinary, but as you would expect, there are plenty of very drinkable examples which are widely available. Minimal alcohol must be 11%, and the reds must consist of at least 15% Syrah and/or Mourvèdre. Whites are made from a blend, including Clairette and Grenache Blanc. Despite some ground rules, winemakers still have a reasonable amount of freedom to work outside of appellation laws.

Côtes du Rhône Villages represents a step up in the quality scale, and is one of the best value regions in France. It is about an eighth of the size of Côtes du Rhône and lies to the west of Châteauneuf-du-Pape. One of the critical factors in maintaining a quality edge is to do with restrictions over yield. Farmers here can only pull about a sixth of the haulage permitted in Côtes du Rhône. More producers are quality focused here, so some wines can live five years plus. Since the appellation was formed in 1966, two villages have been granted their own appellations – Gigondas and Vacqueyras.

This is your less expensive alternative to Châteauneuf-du-Pape. Grenache (the dominant grape), Syrah, Cinsault and Mourvèdre are all permitted here, and being one of the hotter areas, the wines tend to be quite robust. A small amount of rosé is produced, but no white. It’s often said that Southern Rhône provides that link between the Old World and the New World, and it is wines in the mould of Gigondas and Vacqueyras that consolidate this perception.

Another appellation known for its power rather than elegance is Vacqueyras. Think of it as Côtes du Rhône Villages on steroids. Grenache is king yet again, although producers here tend to use more Syrah in the blend than Gigondas, giving a ‘cooler-climate’ effect. Vacqueyras was only granted appellation status in 1990.

Next week we look at what the big deal is about Châteauneuf-du-Pape. Click here to view our Rhône sale.