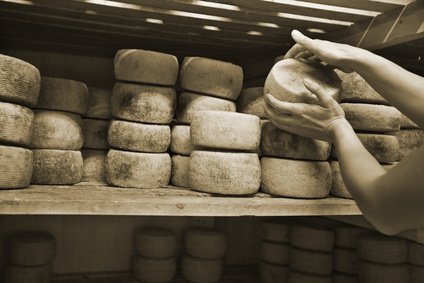 When it comes to living a long life, there’s no one better in the world to learn from than those who are living the longest.

Dan Buettner, a National Geographic magazine writer and Emmy award-winning documentarian, and author of “The Blue Zones: Lessons for Living Longer From the People Who’ve Lived the Longest,” has been studying the Sardinian diet to find what it is that’s making them live longer than most people in the rest of the western world.

Sardinians drink very dark red wine (Cannonau), so dark in fact that they call it “vino nero”, which means black wine. I suppose Nero d’Avola might be the closest thing we have to it here. This combined with the mediterranean diet creates antioxidants which help keep arteries clear. Surprisingly, a particular cheese called pecorino sardo, made from the milk of grass-fed sheep, may also play a key role in this diet, largely because it is so rich in omega-3 fatty acids.

Buettner also encourages us to eat a lot of nuts, fruit and vegetables, but doesn’t place a big emphasises on fish, which many of us would see as integral to the Mediterranean diet. However, eating less meat is a lesson we should take from the Sardinians. It is something that should be treated as a once-a-week celebration.

On the bread front, carta de musica is a thin, whole wheat bread high in vitamin D and leavened bread brings various vitamins and lactic acid into the diet which may compete against possibly harmful bacteria in the digestive tract. Oh, and lest not forget the fava beans, which are high in fibre and folate.