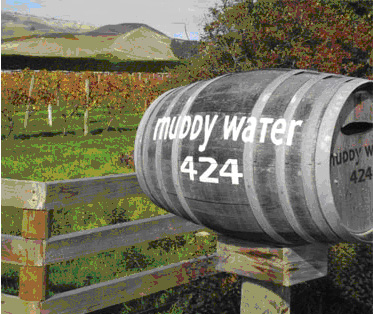 One of the worlds leading consultant viticulturists, Dr Richard Smart, has criticised the values behind organic and biodynamic wine production. Speaking at the Wineries for Climate Protection conference in Barcelona, he claimed that the industry should be more concerned with the emissions of CO2, a pollutant by-product of the winemaking process.

“CO2 is the greatest pollutant and winemakers are releasing it back into the atmosphere, undoing all the good work in the vineyard… We need to figure out how to capture CO2 from fermenters, recover the volatiles, and put them back into the wine.”

Although he may have a very valid point on the issue of pollution, he will have no doubt have angered many people who have bought into the benefits of producing and consuming organic produce, which Dr Smart believes does nothing to help the environment.

There is little solid evidence to suggest organic produce has a direct positive effect on the health and well-being of its consumers. Despite this, demand for certified organic wines have increased and more and more winemakers are farming using organic principles, even if not going the whole hog and paying for certification.

Whether Dr Smart is right, wrong, or somewhere in between, his main concern is surrounding climate change. As previously reported here, some wine regions are now having to rethink what they grow, as traditional varieties are becoming less reliable in vintages that are showing irregular climate patterns. Bordeaux, he suggested, may have to look at hotter climate varieties indigenous to, for example, Spain, Southern Italy and Greece.

Extracts sourced from The Drinks Business. Pictured, Muddy Water is a winery that recently achieved ‘certified’organic’ recognition, but what is their overall environmental impact compared to that of a non-organic winery just down the road?