Protecting the good names in wine 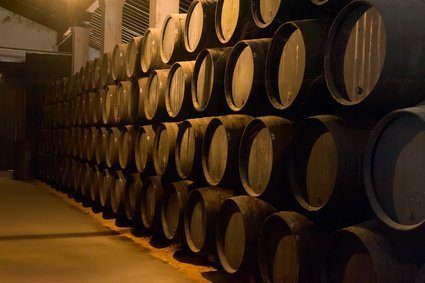 Protecting the origin of wine is important for a lot of regions, especially in the Old World. When producers of sparkling wine in the USA started using the term ‘Champagne’ on their labels, the French didn’t take to it too kindly. Pourquoi?

Wine, by nature, is very regionally sensitive. Once you get above the mass volume of the most popular wines on the market, a surprisingly large number have characteristics typical of their region, and sometimes specific to a particular sub-region, or even vineyard, or part thereof.

The sparkling wine of the Champagne region in France earned itself not only a good name, but a great name. There’s nowhere else in the world where one can produce wines of the same quality. Even if the sparkling wines of southern England and even Tasmania are stylistically quite similar, and the quality is good too, the best have still to surpass the famous French region.

It wouldn’t be right to call a bubbly from the USA, or anywhere else for that matter, ‘Champagne’, unless it’s actually from Champagne. It is protected by a european regulation called Protected Designation of Origin (PDO). This european law protects the names of local products made in Europe, and as well as covering wine, it protects foods. The cheese industry in Europe benefits hugely, keeping quality high, ensuring people know what they’re buying and giving producers the best chance to do business. Products such as Stilton in the UK, Gorgonzola and Parmesan in Italy, Feta in Greece, Roquefort and Camembert in France all receive a protected status.

In recent news, Australia’s producers of apera (a fortified wine, essentially Australian sherry) and topaque (Australian dessert wines) had their submission to have the new wine category terms ‘apera’ and ‘topaque’ entered into The Macquarie Dictionary, a publication which is nationally and internationally regarded as the standard reference on Australian English. The inclusion of these new terms has been prompted by an official trade agreement between Australia and the European Union that sees topaque replacing the term tokay in Australia and apera replacing sherry.

Apera: A fortified and blended wine of Australia, ranging in taste from dry to very sweet. See sherry.