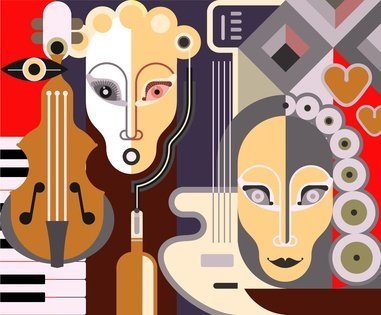 It’s funny to hear people say how they found a wine when they were abroad that was absolutely out of this world. So good in fact that nothing they have tried since has compared or even come close.

I can see where they’re coming from. When you’re somewhere new and amazing, surrounded by good company, good food and a sense of well-being, life just doesn’t get any better. And doesn’t the wine taste amazing!

I believe it’s the simple things that can prime us to experience something differently, particularly when it comes to enjoying wine. One of those things is music, and after reading the findings of Dr Adrian North, Professor of Psychology at Heriot Watt University in Edinburgh, I’m more convinced than ever of how your surroundings can play such an influential role.

I’ve heard of experiments conducted in a supermarket where they play French music only for French wine sales to increase as a consequence, and Spanish music only for Spanish wine sales to increase. Professor North’s study was different. He recruited 250 participants, gave them a free glass of wine (Chardonnay or Cabernet Sauvignon) and instructed each person to go into a room to drink it. They were not allowed to converse with other participants and they had about 5 minutes to finish the glass.

There were ten rooms, five used for the white wine drinkers and five for the red wine drinkers. Each of the five rooms featured one of four types of music (or no music) that played on a continuous loop. The music was described as follows, and each participant could choose which description to match to their experience of the wine: 1) powerful and heavy 2) subtle and refined 3) zingy and refreshing 4) mellow and soft

Sure enough the data firmly pointed towards a force at work. The results were all compared with the room with no music. The choice of descriptive used ranged between 25% and 60% higher than in the ‘no music’ condition, showing a tendency towards a specific description in each of the rooms. It was more obvious with the reds, the 60% statistic coming from the ‘powerful and heavy’ music condition, and 25%, the smallest (yet still significant) increase of the study, for ‘mellow and soft’. In the whites, it was 40% higher for ‘zingy and refreshing’ compared to the ‘no music’ condition.

Professor North concluded that the music shifted the perception of the wine in the direction of the mood expressed by the music by an average of 37.25%, therefore, background music can significantly influence your perception of the taste of wine. My own conclusion is that music isn’t the only thing that can prime us in a similar way.

Source: Wine & Song – The Effect of Background Music on the Taste of Wine (Prof. A North, Heriot Watt University)