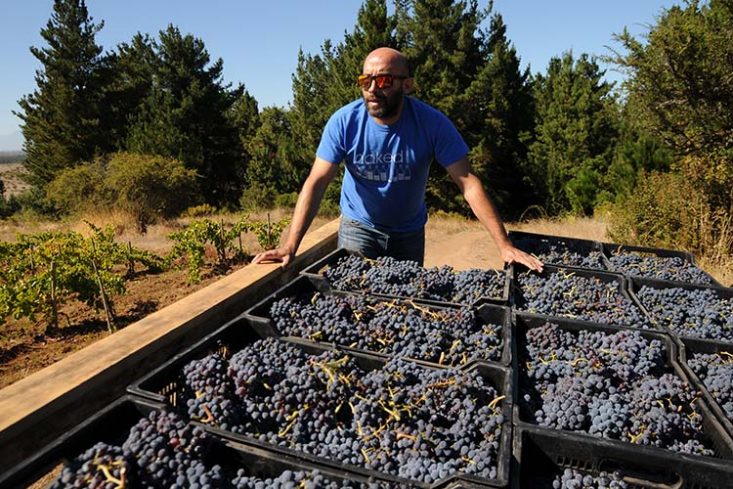 Felipe García is a winemaker and entrepreneur who began making wine in 2006 with an ambitious vision to create low intervention, sustainably orientated wines of origin which reflected a keen sense of place. In a few short years the company expanded further, collaborating with Patricio, Sergio and Nicolás of the Mendoza family to become a multi-estate partnership committed to showing the characteristic soils, climate and people of each parcel, commune, town and region.

When Felipe embarked upon the venture, there was only one wine in production, Facundo, a red blend of Carignan from Maule, Cabernet Sauvignon from Itata, and Cabernet Franc from Colchuaga Valley. Felipe’s early experimentation with old Carignan vines lit the experimental spark in him to graft Pais vines of over 120 years old to Mediterranean varieties such as Carignan, Grenache, Mourvédre, Durif, and Petit Verdot. In 2017, the new venture was formalised, and named P.S. García, and today they make their wines from various plots located in the Casablanca Valley and Southern Chilean regions of Maule and Itata. Felipe is incredibly proud of the wines he has been producing from the Itata region’s Piedra Lisa vineyards since 2013 and talks of the sense of adventure which leads him to search for unqiue terroirs and source interesting grape parcels from promising areas such as Algarrobo, Malleco and Limari.

The Casablanca Valley, which lies 290 km south of the capital city Santiago, is the original cold climate valley of Chile. The valley’s long, hot sultry days followed by cold nights and generous, billowing morning mists provides the ideal conditions for growing Sauvignon Blanc and Pinot Noir. The first vines were planted during the 1980s, and up until that decade, Casablanca was used primarily for grazing livestock or growing wheat. When the economy began to boom, however, investors started to arrive and it was around that time that Pablo Morandé, then working for Concha y Toro, drew comparisons with Napa Valley, California, and noted its potential for cooler-climate premium styles. Many wineries consequently moved into the area and nowadays there is upwards of 54,000 hectares of land under vine with the most well-known estates like Casas del Bosque, Casona Veramonte and Kingston Family Vineyards possessing gastronomic restaurants and state-of-the-art modern equipment.

The Maule valley is the largest of Chile’s wine regions and has perhaps the greatest climatic and soil diversity. Maule was the first area in Chile to be planted to vine, with vitis vinifera vines brought by Spanish conquistadors and missionaries in the 16th century but despite being the country’s oldest wine-growing region, Maule is still a work in progress in terms of both quality wines and wine tourism. In part, this is because of the earthquake which occurred in February 2010 just before the wine harvest, collapsing bridges, triggering massive tidal waves and causing up to 125 million litres of wine loss. There was widespread damage to fermentation tanks, adobe walls and timber roofs, the wine tourism city of Talca lost its historic market place, museum and hospital, and hundreds of workers in the region were killed or left homeless irrevocably altering the infrastructure.

Once the dust settled on the devastation, efforts were made to create new initiatives with which to reinvigorate the region. Groups made up of independent winemakers, such as MOVI and the ruta del vino, banded together to help to transform the image of Maule, which was seen as low quality and old-fashioned. They also put a greater focus on the old-vine Carignan grapes and Pais (previously considered an uninteresting ‘workhorse’ grape). As a result, the much maligned region flourished. PS Garcia’s vineyard is located in the secano interior, at Melozal, and boasts deep, sedimentary soils that allow the Carignan planted in around 1958 to grow in optimal conditions. Their Mala Fama, a blend of Carignan from Maule and Carmenère from Itata Valley displays a unique and memorable expression of these dry-farmed, bush trained vines.

Itata, like Maule, also boasts an incredibly rich and complex heritage with first vines planted around the 1550s. Situated approximately 500 kilometres south of Chile’s capital, Santiago, and tucked inland of Concepcion, the Itata Valley is an outlier in the often hot and dry Chilean climate. Itata is a true heartland of old vines and traditional farming techniques, with horse-ploughed and handpicked plots measured by the number of vines rather than by hectare. Chile’s old vine register, including those of Itata, contained the details of vines well over 100 years old and some thriving into their second century. 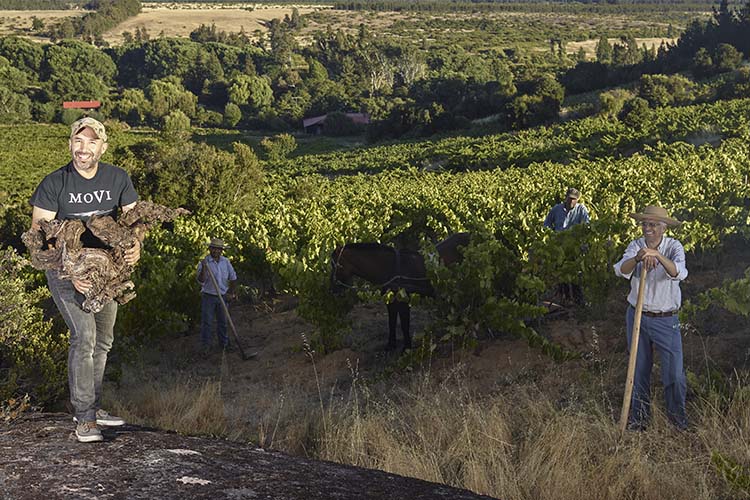 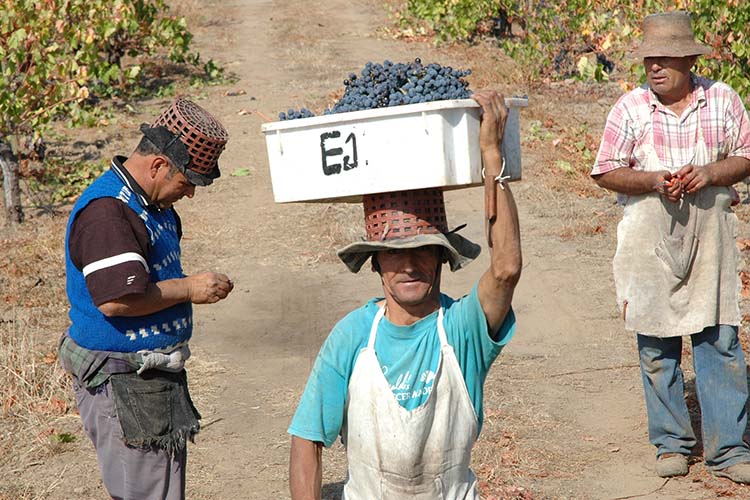 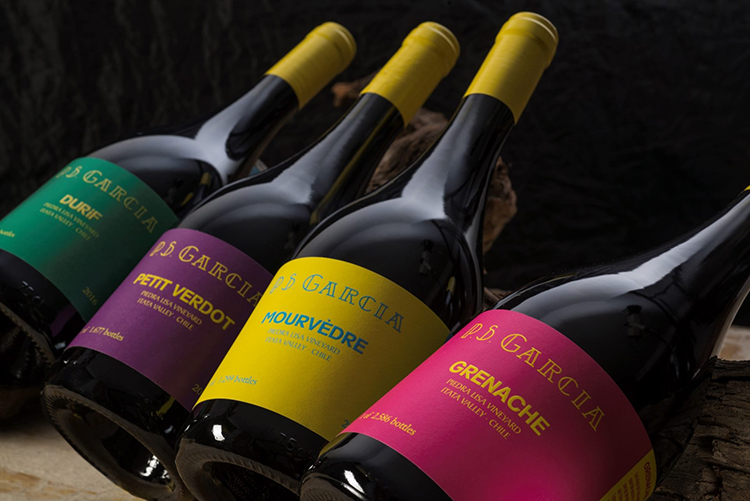 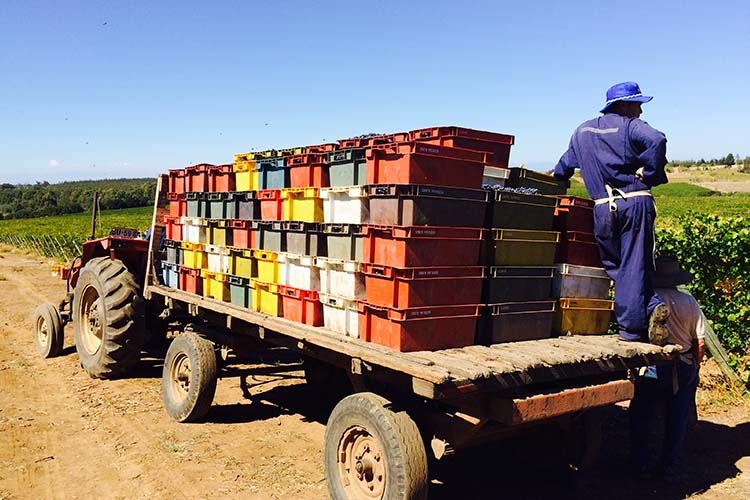 The grapes used for PS Garcia’s stunning 100% Grenache come from the Piedra Lisa vineyard in the San Nicolás area, which lies nestled in a cool and rain nourished valley between the coastal mountain ranges of Cordillera de los Andes and Cordillera de la Costa. Grown in 100% granitic soil at different stages of degradation, with deep roots, the grapes absorb an authentic expression of the soil. The region of Itata is also the natural home of the incredible French varietal blend Bravado, which boats Syrah, Carignan, Grenache, Petit Verdot and Mourvèdre taken from both Piedra Lisa and from the rolling hills of Bellavista.

Felipe, along with his partners at P.S. García, is determined to communicate this unique expression of origin and create quality wines from established as well as less utilised grapes and viticultural areas. Their aim is to combine generational knowledge of the regions at their disposal and this rich history of over 500 years of traditional wine making with a modern, simple and low intervention methodology. In the process, they are changing the viticultural landscape of Chile. 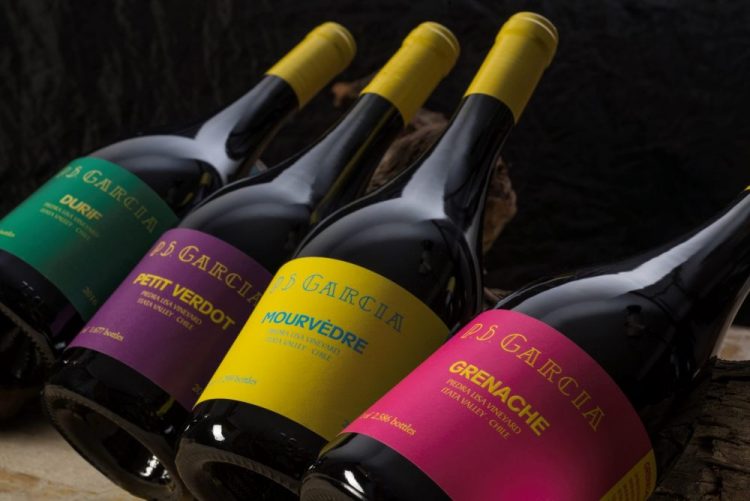