Home Blog Curious Facts & Fun Oregon wines on the up

Oregon wines on the up 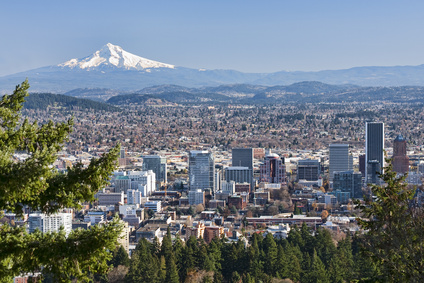 Oregon lies on the west coast of the United States, just below the state of Washington and north of California. Is seems like a rather obscure place to be making world class wine, but that’s exactly what they’re doing there. A report from Silicon Valley Bank suggests sales of Oregon wines are expected to rise by 7%-10% this year, making it twenty straight years of growth for the American state’s wine industry.

Before Oregon started to be taken seriously it was California getting all the credit on the west coast, and it still does to a great extent. Having the major populous would have helped, but in fairness California worked hard to carve out its own great reputation in the wine industry with its big Cabernet’s and buttery Chardonnay’s attracting attention inside and outside of the US. Oregon, however, is a very different proposition. The regionality is quite distinctive, perhaps more old world than new.

According to the study, sales of Oregon wine have increased by 60% in the past five years and have nearly doubled in the past decade. While their Pinot Gris, Chardonnay and Riesling are on the up, it is the sales of Pinot Noir that is leading the growth at 10% annually. The landscape began to change whenever David Lett’s Eyrie Vineyards Pinot Noir cleaned up at an international wine tasting in the 70s. And who said no one could match Burgundy when it comes to Pinot Noir? Since then, Oregon has left many a Burgundian winemaker wanting.

The Willamette Valley in the northwestern corner of the state dominates Oregon production. It is close to the pacific coast and accessible from the state capital, Salem, and the state’s other key city, Portland (pictured). The cool climate is similar to northern France so it’s perfect for Pinot, of which tends to age well and have a lovely juicy, vibrant red cherry flavour. What a lot of people are missing, particularly here in Ireland, are the astonishing whites of Oregon, including creamy Pinot Gris and green apple-like Rieslings. These are easier to acquire in the United States, but more Irish importers are giving those outside of California a chance, so keep your eyes peeled. Don’t be expecting cheapy cheap, though.

Oregon wines sales up for the 20th year – check out this article.