Home Blog Winemakers & Wineries On the detective trail to Bergerac

On the detective trail to Bergerac 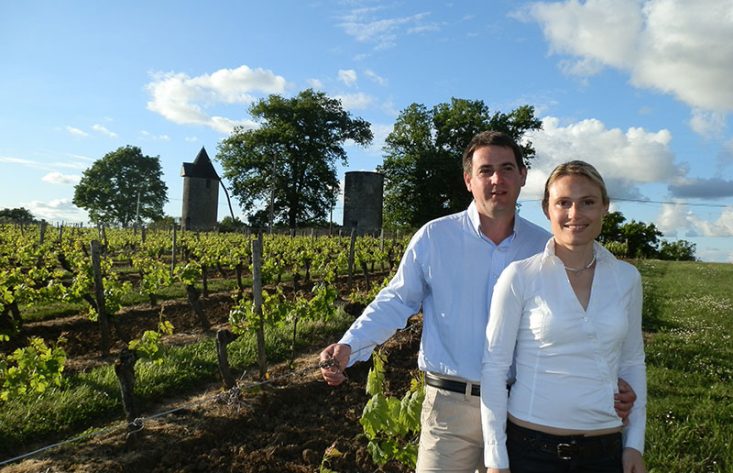 So I have to confess, up until very recently whenever someone mentioned “Bergerac” my immediate thoughts would go to John Nettles driving around Jersey in a Triumph roadster*.

On a recent visit to Bordeaux however, I made an hour’s drive east from Château Bauduc to meet Marine Dubard, winemaker and owner along with husband Gregory, of Château Laulerie, AOC Bergerac. The couple’s 85 hectares runs to within a few kilometres of Saint-Émilion where, not coincidentally given their proximity, studies have shown soil types in this part of Bergerac to be indistinguishable from its cru classe neighbour.

The history of Bergerac is both fascinating and revealing, its position on the Dordogne just 30km east of the split in the rivers in Bordeaux a massive strategic disadvantage to international trade routes in the 17th and 18th centuries; the now highly prized (and priced) left and right banks of Bordeaux were simply closer to the sea ports.

Fast-forward 300 years and Bergerac remains somewhat in Bordeaux’s shadow, although for the life of me I still can’t work out why.

After gaining experience internationally Marine and Gregory returned to Bergerac in 2009, taking over Château Laulerie and starting a family at the same time. They’ve injected energy, modernity and innovation into both the vineyards and the winemaking, with some super smart labels as well.

Unshackled by Bordelais amour-propre and uninflated by global celebrity, there is quality and value exceptionnelle to be had here.

* If you were born after 1985 you may not have the foggiest notion what I’m on about but carry on with Bergerac the wine and you’ll never look back.