No recession in wine market for Lloyd Webber 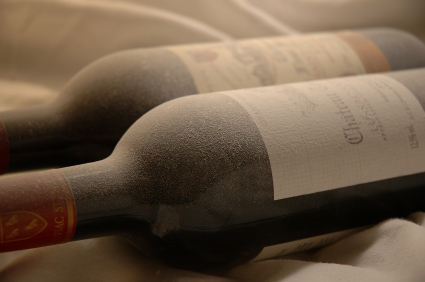 Imaging not having enough room to store your grand wine collection and having to flog it off to China. What a pain. That’s what Lord Lloyd Webber had to do this month, except it wasn’t quite as painful as you might think, fetching a tidy £3.5 million (over 4 million euro) in the process.

The man who made his fortune through his amazing musicals had been collecting top end bottles since his student days, having fine vintages delivered to his Westminster school. With his success and wealth from a relatively early age he has obviously had time to build quite a collection. The most expensive bottle, a magnum 1990 Domaine de la Romanée Conti, sold for £17,460, while the priciest standard-sized bottle, a 2002 Domaine de la Romanée Conti, sold for £8400 each (he had three of them).

The sale was held by Sotheby’s at the Mandarin Oriental Hotel and featured nearly 9000 bottles of classic French wines, including what experts regard as the finest white Burgundies ever for sale in the region. The most expensive lot in the sale was a case of Chateau Petrus 1982, which sold for £48,500, or more than £4000 a bottle. This isn’t the first time he’s done this either. He broke the world auction record in 2007 when Sotheby’s held a two-day sale in London of 18,000 bottles from his collection, landing him £3.7 million.

As I wonder how serious you can treat wine as an investment opportunity during a worldwide recession, and how much my single bottle of ’06 Amon Ra will fetch me in thirty years time, I think of how China have come such a long way in recent times. There’s obviously money there among the high society anyway, but still, the fact they are willing to part with so much of it for a few bottles of wine reinforces Asia’s growing market.

In fairness, there are worse people in the world you could see this wealth go to. Lloyd Webber has a good track record when it comes to charity. And he does write some damn fine music.