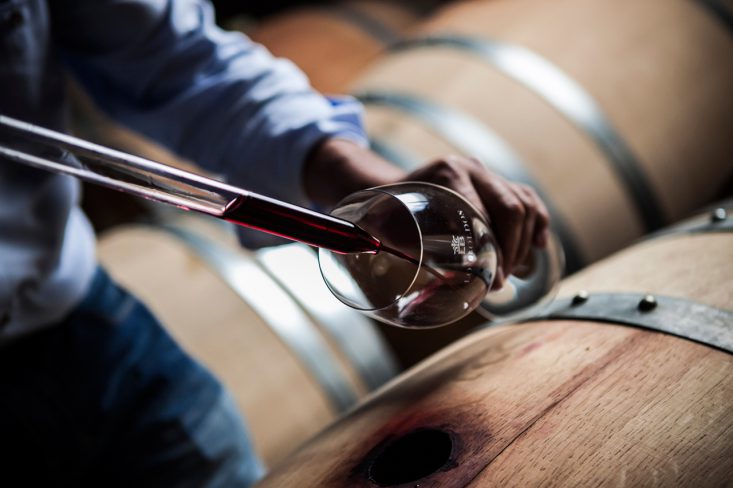 Château Los Boldos was established in 1991 by an old Franco-Chilean family whose roots are in Alsace. The property, designed to reflect the old world origins of its founders, and single-vineyard estate, are located in sultry Cachapoal, an hour south of capital Santiago.

Los Boldos is lucky enough to count among its vineyards an unusually-high number of old vine-plots, whose plants reliably produce super-ripe, flavour-packed grapes (albeit in the smaller volumes that you get with mature plants). Irrigation is essential in Cachapoal as conditions – like in many South American mountain wine regions – are near desert, and the purest of Andean snowfield meltwater, conveyed by the obliging Cachapoal River, is used to keep the vines refreshed.

Cachapoal itself, wedged between the appellations of Maipo and Colchagua, is largely sheltered from the cooling Pacific influences that affect most other Chilean regions – the local Humboldt ocean current is cold; consequently its climate is classic warm Mediterranean, well suited to growing a wide range of grapes.

There is a Portuguese link, as well the French one, with Los Boldos being owned by Portuguese wine group Sogrape, who have, since becoming involved in 2008, invested huge sums in an effort to maximise quality. Also, Los Boldos’ chief viticultural specialist Juan Pablo Aranda did his oenology training in Portugal. A winning combination of new world and old!
________________________

Château Los Boldos ‘Cuvée Tradition’ Syrah (€11.19 on promo)
Chile has a growing reputation for Syrah – see what all the fuss is about!

Château Los Boldos ‘Assemblage’ Grande Reserve (€13.99 on promo)
Decadent blend of 70% Cabernet and 30% Syrah that will elevate any night.