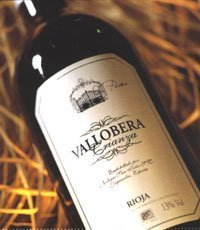 The beginning of March saw a rejig of our Spanish range. Some old faces went, some remain, but it has been the introduction of our new wines from Cariñena, Rioja and Bierzo that have been earning all the praise. We must have done something right ;)

The new wines, direct from the vineyard, landed here in tandem with the start of our Spanish sale running through March and April, and out of the independent wine critics, it seems it is the Irish Examiner’s Blake Creedon who has caught the same wave as our loyal curious wine drinkers.

All aboard for some great value wines (as recommended by Blake Creedon, Irish Examiner, 12/03/11)

Vallobera Crianza 2007 “I do love the bargain bottles above – but this is the best value of the lot: aristocratic aromatic Rioja. For a special occasion you could do a lot worse than its Reserva stablemate, reduced from €20 to €16.”