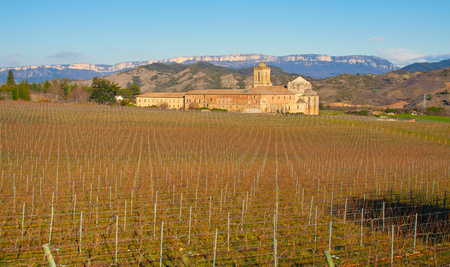 Navarra, known in English as Navarre, is a wine region in north east Spain, and effectively a north eastern extension of Rioja. It’s a region producing some quality stuff, without perhaps the mark up that might come with some Rioja’s. That’s not to say Rioja doesn’t do ‘value’. Spain as a whole is probably producing the best value around at the moment, and Navarra is one of the regions honouring that ‘good bang for your buck’ tag.

Once dominated by Garnacha (Grenache), they greatly satisfied the demands of a large domestic market for their love of light and fruity rosés. Garnacha works well for rosé because its skins are light and this transfers well to an appealing colour in the wine. With a bit of foresight, however, it was soon realised that rosé alone wouldn’t be enough to secure long term sustainability and success.

After a mainly government funded research programme in the 1990s, growers were encouraged to plant Tempranillo (of course) along with a number of international varieties. Cabernet Sauvignon, Merlot and even Syrah were planted, and instead of American oak, which is more traditional in Rioja, producers invested in the slightly less aggressive French oak. Today we see Navarran wines made up of a much wider selection of grape varieties than Rioja, and mainly aged in French oak. Whites wines account for less than 10% of the region’s production, with Viura and Macabeo grown alongside the very international Chardonnay grape.

No one has a complete free reign in Navarra as there are restrictions on what can and cannot be grown if you’re going to make a wine and have ‘Navarra’ on the label. The region is also divided up into five sub-regions, all with their own characteristics and unique terroir. The cooler Baja Montaña area to the north has been subject to a lot of the more recent plantings and lies at the Pyrenean foothills. Of the five, Ribera Baja has the biggest share of production, around 30%. It is in the south were it is a little warmer and drier.

Once a kingdom, Navarra used to stretch from La Rioja to Bordeaux. Smaller and lesser known today, it is the place to go for good bargain reds. Rich, intense and concentrated, the best retain a lightness and elegance but not without lashings of red fruit and hints of toasty oak. A winter warmer or a BBQ’s best friend, Navarra makes superb everyday wines for all year round.

To view our wines from Pago de Cirsus of Navarra, chosen as one of Decanter’s 100 best wineries in the world, click here.