Mourvèdre: The darling of Bandol 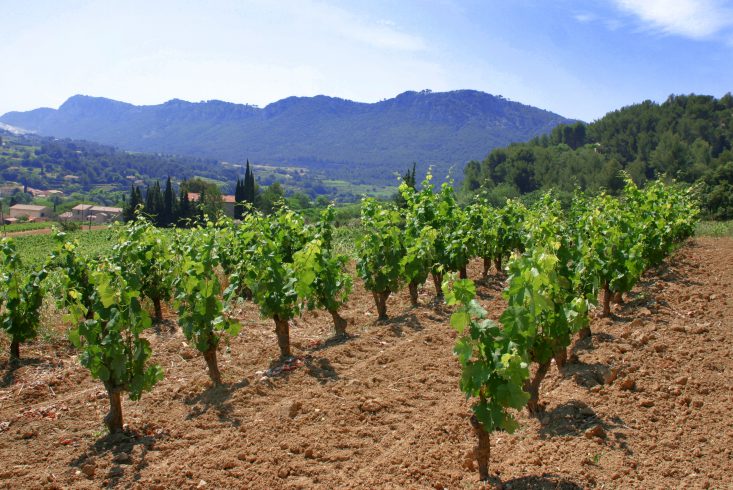 ‘Mourvèdre’ is the French alias that this widely grown red grape variety goes by. In Spain it is known as Monastrell and in Australia and California it is commonly referred to as Mataro. Many producers traditionally saw Mourvèdre merely as decent blending material, but lately its success has been realised as a single varietal and as playing a bigger role in blends, including in the Rhône, namely Châteauneuf-du-Pape.

Firstly, Mourvèdre needs a warm site to grow and ripen sufficiently, so it wouldn’t tend to be seen as much when you head north of the Rhône and further away from the equator. Its origins are not in fact French, but instead Spanish, with Valencia and Barcelona being touted as the potential hot areas where it grew and evolved before being cultivated and later transported and planted elsewhere in the world.

Gamey aromas and flavours are often cited as one of the key characteristics of Mourvèdre – perhaps something to remember the next time you plan to pair a suitable red wine to venison or pheasant. It is also intensely fruity and high in alcohol, with firm tannins and a rich, brooding colour. As a blending partner it provides ample structure for other varieties that lack a backbone, and by that I mean the acid, tannins and alcohol to hold it all together.

Mourvèdre does well in Southern France. In Provence, and particularly the region of Bandol (the appellation is named after a port from which the wines were once shipped all over the world), it is warm enough to fully ripen the grapes. The reds of Bandol require minimum 50% Mourvèdre and the rest is typically made up of Grenache and/or Cinsault. The wines are deeply flavoured, fleshy and rich with blackcurrant aromas. All reds must spend at least 18 months in cask and mechanical harvesting is not permitted.

Lately, producers in the Languedoc have had great commercial success with Mourvèdre. Plantings continue to be on the rise in the New World. Since California and Australia realised the success they could have using the Rhône link, they got to work on revitalising their Mourvèdre (Mataro) stocks. Unfortunately a vine pull up scheme in the late 1980s meant Australia lost a lot of her old vines, but a good recovery has been made and they are now excelling with blends of Mourvèdre, Shiraz and Grenache.

For an amazing introduction to Mourvèdre, try the A2 Monastrell from Valencia. The classic Grencahe – Shiraz – Mourvèdre (GSM) blend shows well in Langmeil’s Three Gardens, and also from Australia, Lust Collides Mataro is an excellent single varietal. Our Bandol comes in the form of Domaine Lafran Veyrolles Bandol Cuvée Spéciale.