More to Catalonia than just the fizz 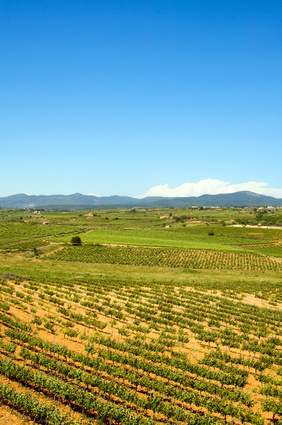 The Principality of Catalonia is located in the northeast of Spain with the main concentration of wine production taking place southwest of Barcelona. This large region is made up of numerous sub-regions, including Penedès, known for its Cava. But it’s not all about the fizz in Catalonia.

The most productive of Catalonia’s sub-regions, Penedès has enjoyed a strong export channel due to its proximity to Barcelona. Interestingly, it was the first wine region in Spain (and one of the first in the world, if not the first) to start using temperature controlled stainless steel tanks for fermentation. It’s renowned for Cava (more on that here), but its still wines are very commendable also. It’s a region full of exciting boutique wineries, as well as larger operations such as Bodegas Torres. Miguel Torres was one of the first to experiment with international varieties here. Garnacha, Monastrell and Cariñena are also grown on the lower land near the coast, mostly making for very quaffable local wines.

Lying next to Tarragona, Priorat has arguably more potential than any other wine producing region in Spain. Cariñena and Garnacha grapes are grown in small quantities from old vines on steeped terraces, and produce robust, minerally, inky reds. The secret is said to lie not only in the old vines, but the unique soil. Jancis Robinson claims this is “one of the world’s most directly taste-able influences of terroir”. Now that’s saying something. Cabernet, Merlot and/Syrah are also used to add extra layers of interest.

A great source of communion wine to the Christian world doesn’t say much about the quality coming from Tarragona. Being a port town, logistically, Tarragona is in a great location and provided much of Catalonia’s wine to the Roman Empire back in the day. It was best known for its sweet red fortified wines, which became cheap alternatives to Port, but there have been reasonable efforts to focus on better quality, whether that be through improved fortified wines or through red and white wines from mainly international varieties.

Situated around the city of Lerida, the landscape here is dry and the temperature range fluctuates from below freezing in winter to around 35 °C in the summer. Along with Tempranillo and Macabeo, international grape varieties are grown such as Cabernet Sauvignon, Merlot, Pinot Noir, Chardonnay and Sauvignon Blanc. The estate of Raimet covers about a third of this small zone, with other high quality producers making up the rest, including Castell del Remei.

Get down to the practical, with 20% off Spain until the end of April.