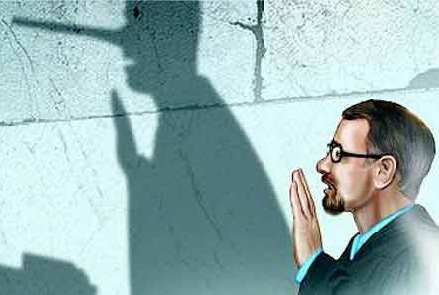 So the supermarkets are back in the news again for fiddling prices and muddling consumers.
This week, Tesco admitted that it increased the prices of about 250 products in the first part of this year before reducing them again ahead of a price promotion campaign it launched on Monday (Conor Pope, Irish Times). They wouldn’t comment on a report of about 8,000 price increases in the first two months of the year.

This is hardly breaking news. I’ve commented before on the disingenuous, often deliberately misleading tactics of supermarkets when it comes to price promotions – unashamed price inflation to create false discounts to customers – but it is encouraging to see them get caught red-handed, and to see people like MEP and food policy expert Mairéad McGuinness take them to task.
Only this week my wife complained about buying her usual bags of seeds for sprinkling on salads and the like. She’d become familiar with the 79 cent regular price point and was delighted to see a 3 for 2 offer in the supermarket in question. What she wasn’t delighted to see was the €1.19 per packet charged at the check-out – she got the 3 for 2, but at a price-point 50% higher than normal, seemingly for the purposes of the promotion in question.
Even more incredulously, when this was pointed out to a supervisor and the promotional end was inspected, the original 79 cent price tag was still on the shelf alongside the new €1.19 one, but immediately removed by the supervisor leaving just the new higher price tag. My wife was refunded to honour the 3 for 2 at the 79 cent that had been present when she made her purchase, but fumed at the deliberate attempt by the supermarket to mislead her.
How many customers had already been through the check-out without noticing the two price points? More to the point, how many people were fooled into buying the product because of this disingenuous promotion?
There are laws to protect consumers against false advertising and price promotion, but as ever the devil is in both the detail and the enforcement. With so many products, with differences in packaging, varietals and pack sizes, it’s impossible to watch all of the prices all of the time.
Tesco tried to explain away their early year price increases, saying “many were as a result of products coming off promotions in the post-Christmas period“.
Call me sceptical, or even cynical, but I’m unequivocal about this.
The 79 cent seed incident, like the countless other false promotions in our major supermarkets, is much more than creative accounting or price-tinkering. It’s a downright lie, and the companies that perpetrate them are fraudsters and cheats.
As an Irish, family-owned company with a narrow product set – all we sell is wine, after all – we have a very clear view and policy on pricing. We price honestly and fairly. We set our normal retail prices to reflect a strong price/quality ratio on every single wine we source. It is our bread and butter, and modus operandi, that we get judged on the quality of our wines at our full retail price.
We don’t yo-yo our prices to create false discounts but we do price promote. Sometimes these discounts are part-funded by our suppliers to drive volume and brand penetration, sometimes we wholly fund it ourselves for the same goal.
We use our rolling headline promotions, like the current 20% off Spain offer, to concentrate our buying for the period in question, encourage customers to try new wines from regions they wouldn’t normally go to, and to provide a strong and genuine value proposition to the consumer on every visit.
But never, ever do we inflate a price to subsequently discount it, and never, ever do we lie about prices.
The wine industry is a terrific one to be a part of. Curious Wines will be three later this year, and the signs are good. We grew by over 60% in sales between 2009 and 2010, and first quarter growth in 2011 is following a similar vein. The response from customers and support to a new entrant is heart-warming news to the independent sector (not to mention my poor wife who supported me with this crazy idea from the start).
So we’re not afraid, nor frankly too concerned at all, by any competition – it’s a healthy thing for any sector and ultimately best of all for consumers. But all we do ask is that the incumbent players, and in particular the big guys, play fair.
Is that too much to ask?