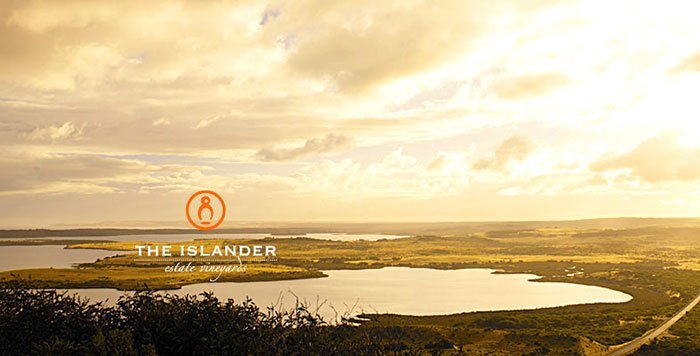 Six months previously we’d never even heard of Kangaroo Island but in planning our trip to Australia I went straight to looking for wineries on the hunch that just off the south Australian mainland someone would have planted vines there.

‘KI’ as it’s known locally is actually Australia’s third largest island, situated 45 minutes’ ferry ride from the mainland, an hour south of Adelaide. It’s an island of immense natural beauty; 90 miles long by 50 miles wide and with a human population less than that of Bandon, it’s effectively a 1,700 square mile wildlife and marine reserve, with a great array of wildlife including the native kangaroo, wallabies, platypus, penguins, seals, whales and koalas. The economy here is fishing and agriculture, only latterly tourism and, as if you hadn’t guessed, wine.

The 300 hectare Islander Estate, established by Bordeaux-native and flying winemaker Jacques Lurton, was selected by the Frenchman when visiting in 1997 due to its desirable combination of agricultural heritage and vineyard potential and north facing slopes. Three years later 11 hectares of vineyard were planted with varieties Jacques had enjoyed working with around the world: Cabernet Franc, Malbec, Sangiovese, Shiraz, Grenache, Viognier and Semillon.

Rated as a 5-star “outstanding” winery by Australia’s pre-eminent wine critic James Halliday, the estate boasts state of the art winemaking equipment, most of which was shipped from France including a modern 70 tonne winery with a winning combination of large wooden vats and smaller French barriques for ageing. Whilst he considers the soils to be quite similar to those of Fitou in southern France, Jacques found an immense amount of variation in terroir with respect to soils, rainfall, aspect and winemaking style, all of which influenced the resulting wine.

The Islander produces wonderful cool climate-style Shiraz and Chardonnay, the entry-point Red and White from the Estate, but the star of the show is the Bark Hut Road, a Cabernet Franc-Shiraz blend that will take centre stage on our table for Christmas day (yes, it’s that good!).

Finding the Islander while traipsing an island in the Southern Ocean is one of the main reasons I do this gig.