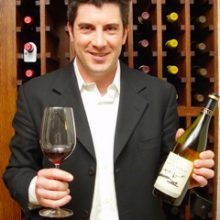 Are your vineyards within any appellation? Are you ever tempted to start making more conventional wines so that you can sell under the AC system?

Our vineyards are located between the appellations of Pic St Loup and Terrasses du Larzac, both of which were created 20 years after our estate. We have no intention, nor do we even have the possibility, of changing our blend or style to sell under an appellation, for the simple reason that the Gassac terroir is totally different to that of these nearby appellations. Our estate has a very specific terroir that requires certain varieties that would not work in the local appellations, and vice versa.

Your vineyards, though emphatically organic, are not certified organic – how come?

Our estate has always been farmed with no chemicals or pesticides (it’s also a wildlife reserve) as our philosophy is to respect Mother Nature and interfere as little as possible. Certification requires a lot less than what we currently do; therefore as a principle we do not see it as an added value, or the need for a piece of paper.

Gassac plants some unusual grapes – are you trialling any varieties at the moment with a view to including them in future bottlings?

Most of the trials were done in the 1970s and 1980s when my parents were experimenting in an effort to find the right ‘recipe’ for the magic Gassac terroir. Our mission today is to look after the 40 different cépages that currently make up the blends for our two Grand Vins. So no trial right now!

Your top red has been described as the ‘Lafite of the Languedoc’ – a fair comparison?

A famous wine critic actually said later that it was more like Latour than Lafite. But in any case it is a fair comparison in terms of the worldwide reputation of the estate in a region that does not have too many globally known properties. On the other hand, one can say that Gassac has since developed its own style, quite different to the star estates of Bordeaux.

Mas de Daumas Gassac Blanc is not barrel fermented or aged, which is unusual for a high-end white – why have you chosen to eschew wood in this case?

Until 1999, one third of it would go into oak for 3 months. But since then we have decided to no longer use wood as the vineyard has reached maturity (30+ years) and delivers fruit with already so much complexity, finesse and maturity that we have found more purity, a better respect of the terroir and stronger minerality when inert stainless steel is the only vessel used.

Has Gassac tried to crack the Chinese market yet?

I first started to go to China to distribute our wines in 1999. It is for us an important market, but no more so than others. The Daumas Gassac wines are currently sold in over 70 different countries, and we aim to reach 100 as soon as possible.

Your family has a home in Cork?

My parents fell in love with Ireland half a century ago and have had a house near Bantry for the past 40 years. We have spent every summer there since so we know the area really well. Our favourite place is the Dumanus peninsula for its beauty, wildness and the amazing kindness of its people. We also love Ballymaloe, simply one of the most amazing place one can go to to enjoy a couple of days away.

Try some of Samuel's Wines