Icewine harvest 2012 to take a hit 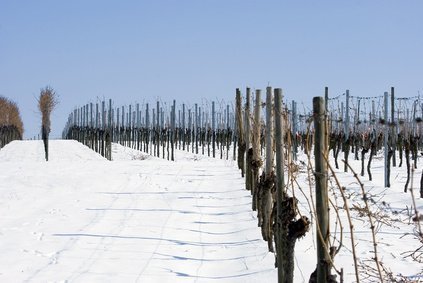 The Irish winter has been uncharacteristically mild so far. There’s almost a whiff of spring in the air, even though it is still only mid – January. And we’re not the only ones who have been enjoying the milder weather, as most of Europe and North America is experiencing something similar. A sign of a good summer to come? Let’s hope so.

While most of us are making the best of the favourable conditions, many of the northern hemisphere’s Icewine producers are cursing their luck. Temperatures have not fallen low enough to harvest for Icewine, or Eiswein as it is known in Europe. The production of Icewine in Europe, the United States and Canada is expected to be small compared to previous vintages, and many producers are expecting to lose large yields reserved specifically for the sticky sweet wine.

In order for grapes to be harvested in the right condition, temperatures must fall to at least -7C. With such mild weather leading up to harvest, many bunches have been affected by noble rot at such an advanced stage that temperatures need to fall as low as -10C if there is any hope of recovery. It’s not looking like that is going to happen.

Icewine production is down by at least 40% in northern United States and Canada. In Niagara, the harvest has also been adversely affected by a wet autumn, forcing growers to pick Riesling grapes early, thus leaving nothing for Icewine production.

2011 was the smallest Icewine harvest since 2000 and all the indicators would suggest 2012 will be smaller again. With supply falling, some of the more fortunate wineries may be tempted to increase prices, although price was never the main obstacle for followers of Icewine – availability is, and will continue to be. With weather patterns looking more uncertain with each passing year, 2012 may not be the last year that these winemakers are going to want to forget.