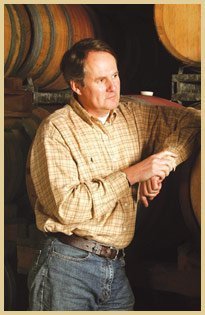 “Australia’s unique gift to the world”. That’s what Jancis Robinson MW said of Hunter Valley Semillon. There’s a good chance that if you’ve been to Sydney as a tourist, you have also been to Hunter Valley to taste some of their fine produce. I was there in 2008. It’s actually even easier to get to from Newcastle, just north of Sydney. Another great place to visit if you’re in Sydney is the Blue Mountains, just an hour or so out of town on the train.

As a tourist destination there’s probably not a better equipped wine region in the world. From the brilliant accommodation, to the top class restaurants and golf courses, Hunter Valley has something for everyone. For many producers, particular the smaller ones, tourism is actually making them more money than the wine sales outside of the cellar door.

Wine has been produced successfully in the Lower Hunter Valley since the 1860s, although despite some truly amazing wines, particularly from Shiraz and Semillon, and the long term success of producers big and small – Wyndham Estate, Rosemount Estate, Keith Tulloch, Tyrrell’s et al – the Hunter is not in fact the easiest place to grow grapes. A lot of the land is unsuitable for growing, consisting of hard, acidic clay. Winter droughts are common and the rain often arrives just when it’s least wanted.

A world benchmark wine, Hunter Valley Semillon is the stellar white variety in the region. Semillon is at its delicate best when picked early to make a wine of ten to 11.5% alcohol and almost invariably has ripe flavours at low sugar concentrations. This is the style of wine that best responds to bottle age, during which it develops outstanding lemon curd and toasty complexity and becomes barely recognisable from its demure beginning. Most companies release their Semillons when only a few months old when they are crisp and lively with a light body and fresh, lemony and grassy fruit. A few keep some wines for bottle-maturation and release after five years or more when they have deepened in colour, become rounder and softer in the mouth and developed the most brilliantly complex flavours of vanilla and buttered toast.

Chardonnay started its Australia-wide popularity when the late Murray Tyrrell produced the 1971 Vat 47 Pinot Chardonnay. Today, virtually every winery in the region produces a Chardonnay with three different styles produced. The first is the traditional style with a rich peachy flavour, new oak & a full body; the second is an earlier picked tighter style, lighter in body & a little higher in acidity; the third is an unoaked or lightly oaked chardonnay that has been fermented in stainless steel.

Verdelho ripens early in the harvest, so there’s usually little difficulty in getting very ripe flavours and a full body. Verdelho is made using the same methods as Semillon, with the exception that it’s usually picked somewhat riper. It goes into bottle early and is usually at its best in the year or two after it’s made, when it shows ripe, tropical flavours. Its easily appreciated flavours make it a popular variety for cellar-door sales.

Shiraz is undoubtedly the Hunter Valley’s outstanding red grape. The typical young Hunter Valley Shiraz is a medium bodied wine showing red and dark berries, spices and plenty of soft tannin. It is quite deceptive, as the best can age for a considerable time, more than their constitution often suggests. With bottle-age, it becomes much more complex, with earthy, leathery overtones and a beautiful perfume. It also acquires a silkiness and grace, becoming a smooth, wonderfully complex and richly flavoured wine.

The Hunter Valley has successfully produced Cabernet Sauvignon for many years and of recent has introduced several Mediterranean varieties such as Tempranillo, Sangiovese & Pinot Gris.

20% off Australia until the end of August, including Keith Tulloch’s Hunter Valley Shiraz-Viognier.