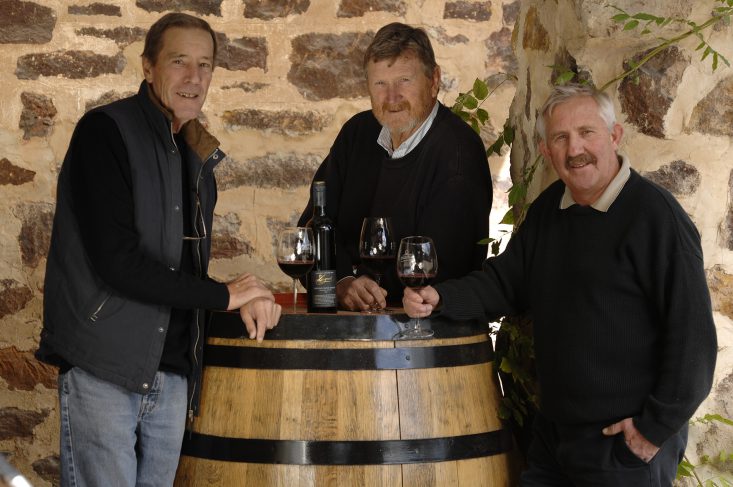 For the seventh consecutive year, Langmeil Winery has retained its Five Red Star rating from James Halliday’s Australian Wine Companion, placing it in the top 5% of premium Australian winemakers.

James Halliday is considered the authority on Australian wine, so if you’re going to listen to the critics, you could do a lot worse than take a suggestion or too from him when it comes to the wine from down under. He, like US critic Robert Parker, uses a 100 point scoring system.

The highest score Halliday gave ANY wine in 2010 was 96 points. This included the likes of the Jim Barry Armagh, Glaetzer’s Amon-Ra and Penfolds Grange. This year, Langmeil’s Freedom Shiraz 2008 received an almighty 97 points, and their Orphan Bank Shiraz 2008 a brilliant 96 points. It wasn’t only at the high-end that Langmeil excelled. We were delighted, although not altogether surprised, that the Three Gardens SMG 2009 landed 90 points. A very solid score for a wine at that price level.

Langmeil’s highlights from the 2012 results

“Fractionally more developed colour than Orphan Bank; likewise picked before the heat and with exceptional depth, richness and intensity to its multifaceted and layered aromas and flavours; open-fermented, basket-pressed and matured for two years in two-thirds new French barriques. Excellent tannins. Both wines have wonderful drive and length.”

“Strong crimson-purple; a top quality shiraz, picked before the heatwave and made using the same techniques as Freedom, and has similar intensity, focus and length; here only one-third new French barriques, but the oak is a positive contributor.”

“A wine that honours its 60+-year-old vines, with hand pruning, hand picking, small bunch open fermenting, basket pressing and fermentation in French oak (50% new). The vintage posed a supreme challenge for cabernet but the wine passed the test with its redcurrant fruit and fine tannin support.”

“Relatively light colour, with good hue; a thoroughly amiable wine, the blend of Shiraz / Mourvedre / Grenache coming together well on the light to medium-bodied palate, with its spicy, juicy and soft tannins. Good balance.”

Highlights from Woodstock and Bleasdale Wineries

“Oak dominates the bouquet at first, but there is an underlying power of black fruits and graphite lurking beneath; the palate is incredibly solid and the concentration and complexity of the fruit undoubed;”

“Quite a dark personality is presented in this wine, with blackberry, tar, bitter chocolate and a touch of mint; the palate reveals a strong presence of dark fruits, and the oak and sweet fruit marry harmoniously on the mid-palate, with the savoury edge prominent on the finish. Diam.”

“A 60/40 blend, with cherry and plum tracking the two varieties allied with nuances of spice and chocolate, the tannins fine, the length good.”

**Tasting notes yet to be released**

“This is a selection of the best barrels of shiraz from the century-old vines near the winery; the colour is good, the wine with a great array of spice, dark chocolate, black cherry and blackberry fruit; while only medium-bodied, it has outstanding length bolstered by fine, savoury tannins. 96 points.”

“While exuberant, has better balance and control than the 2006 Shiraz, the black fruits nicely tightened by tannins on the finish, dark chocolate in the background. Will develop well.”

Pictured, Langmeil directors Richard Lindner, Carl Lindner and Chris Bitter. 20% off all Australian wines under €25 until the end of August.