Friendships formed ahead of grand night of wining and dining 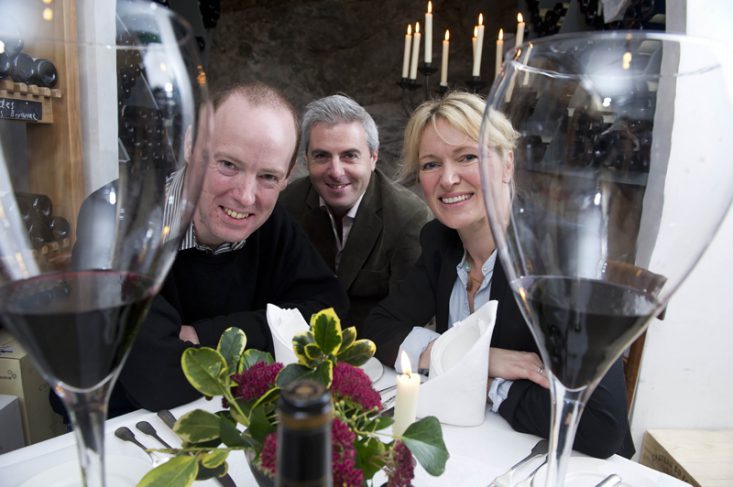 Next Friday week, 21st October, will mark the first official collaboration between Curious Wines and Red Nose Wine as we bring an iconic French winery to an Irish institution.
Next week we will welcome Samuel Guibert to Cork to showcase the wonderful wines of Mas de Daumas Gassac. Yesterday, we were welcomed by Darina and Rachel Allen to Ballymaloe, where the event will be held in the wonderful new Grainstore.
Joining us were Sommeliers Colm McCan and Samuel Chantoiseau of Ballymaloe House as we toasted an unmissable event for wine enthusiasts.


Mas de Daumas Gassac, Legend of the Languedoc will be held at the Grainstore, Ballymaloe, on Friday 21st October at 7.00pm. Tickets for the seated tasting are €15 and are available online here or by calling us on 021 432 0233.

Tickets for the separate wine dinner at 9.00pm, where 4 courses will be served with a selection of the Daumas Gassac wines, are available only from Ballymaloe House and are priced at €85, all inclusive of 4 courses, tea/coffee and wine.
Sincerest thanks to Darina and Rachel Allen for their valued support and time from their busy schedules, and to Colm McCan for his expert organising. Pictures courtesy and copyright of Ger McCarthy.