Ex-Mafia vineyards being used for good 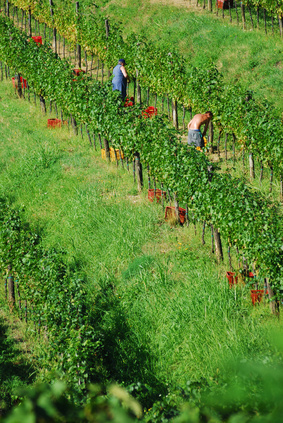 A €1.2 billion EU project is now underway to bring ex-Mafia land in Sicily, Calabria, Puglia and Campagna back into the legal economy. Centopassi vineyards have even produced a range dedicated to the fallen. A white wine made from the Grillo grape, for example, pays homage to Nicolo Azoti, a union leader killed in 1946.

One of the most significant seizures came from ex-Mafia boss Michele Greco, who died in prison in 2008. Nicknamed “The Pope,” Greco was serving a life sentence for ordering a number of murders, including the 1982 assassination of Italy’s top anti-Mafia fighter, Carlo Alberto Dalla Chiesa, and his wife. Now this land is going to be used to provide quality agricultural produce and, importantly to the struggling Italian economy, create more jobs. The Libera network oversees the reintegration of Mafia lands, and last year their wine business produced half a million bottles and raised €900,000 which will not go to line the pockets of criminals.

A spokesman for the project said that at the beginning workers were being intimidated, crops were being burned and dogs were killed. (Why the dogs I ask? I mean, what is the Mafia’s problem with animals? Remember that poor horse in the Godfather? I have a confession to make.) Once more jobs opportunities came up, the atmosphere changed and intimidation was no longer going to be tolerated. ‘What was an emblem of the economic force of the Mafia is now becoming a symbol of Sicily’s rebirth,’ claimed Sicilian economic commissioner Gaetano Armao.

Michele Greco’s confiscated land will bring another 150 hectares under development for wine production. And if you’re wondering how you’re supposed to know if you’re drinking wine from land once owned by the Mafia, apparently their not afraid to print it on the label. One white, Tempio del Monte Jato, states on the label that it was ‘from Sicilian land confiscated from the Mafia’ and featured the nephew of a Mafia supergrass who was murdered for his uncle’s revelations in the early 1990s.

Source: The Drinks Business and Decanter