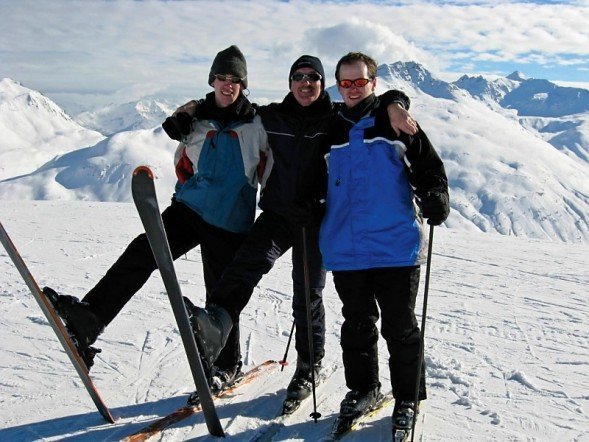 There’s nothing better to blow away the post Christmas winter blues than a good skiing holiday. And I mean nothing!

I spent last week in Livigno in Northern Italy, a picturesque town in the Alps, almost 2,000 metres above sea level bordering Switzerland. The skiing itself was top class and being Italy, the food and wine was also top class.

Being more familiar myself with the north easterly Friuli and the neighbouring Piedmont region, my interest and passion for Lombardy was reignited each evening during après-ski. Lombardy is known for its sparkling wines from the Franciacorta and Oltrepò Pavese areas, as well as its white wines made from Trebbiano, but it was the reds produced from Nebbiolo grapes of the Valtellina region that really caught our attention.

Valtellina is an east-west valley north of Lake Como between the Retiche Alps and the Orobic Alpine foothills. Sforzato Della Valtellina was my choice of wine to bring back from Livigno. A connoisseur’s delight, it is one of the great wines of Italy. It is almost exclusively made from Nebbiolo, the grape variety behind Barolo, which was introduced to the area in the 14th century with the development in trade growing in earnest between the 16th and 18th century when Valtellina was under the rule of the Swiss.

Sforzato or Sfrusat is a dry wine obtained from drying the best Nebbiolo grapes harvested in the most well exposed vineyard in the regions of Valtellina and Valtellina Superiore. The grapes are left to ripen for longer than most, and the result is a long aging wine of great intensity, with lively red fruit and incredible earthy, rustic leather and tobacco overtones.

I’ve opted for the Casa Vinicola Sforzato, a 2002 vintage recommended to me by a local wine merchant. I also brought back a Barbera d’Alba (couldn’t help myself). I look forward to both with great anticipation.