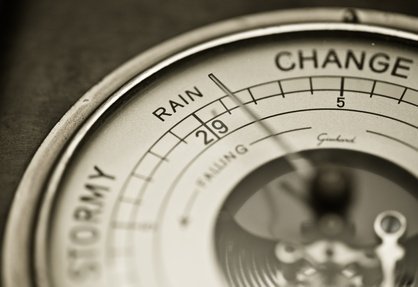 More and more wineries are now taking action over climate change, and it’s not just because they’re seeking little Greenpeace stickers on their bottles. In the USA, the National Academy of Sciences published research suggesting areas suitable for growing wine grapes in the United States could shrink by as much as 81 percent by the end of the century due to rising temperatures. Elsewhere, the ‘new’ New World is starting to make preparations.

One winery leading the charge is Fetzer Vineyards, who are officially approved as “sustainable” by California’s Sustainable Winegrowing Alliance (SWA). Fetzer uses biodiesel in much of its transport and machinery, and boasts the one of the state’s largest solar power systems. In addition they use bottles with 17% less glass, which helps save energy and water during production. I wonder have they heard of Ecova?

Pierre John, a French wine industry expert, told SolveClimate News: “Too often [wine] companies don’t think it is practical to make environmental changes that benefit the planet because it is too expensive, but in France and here in California, we are seeing efforts to reduce footprints that are also reducing overall costs…”

Instead of looking at climate change as a lost cause, it is believed that if the mindset of the industry can be changed, huge steps can be made toward dramatically reducing the impact of each business on the environment. Ann Thrupp, director of sustainability at Fetzer Vineyards, who will be speaking at next months Climate and Agriculture Summit, claims the clean energy at her winery equates to the equivalent, in carbon saved, of  “planting nearly 200 acres of pine fir forest”. That’s just one small example.

Another environmental sensitive project, not unlike the SWA, is the ‘Greening Waipara‘ project in New Zealand, which is bringing environmental sustainability to the Waipara region in a country at the forefront of the fight against global warming. Emissions are not the only thing on their agenda, as they look to implement an ecological ‘make over’, partly for the sake of economic survival. Naturally enough.