Home Blog News In search of the Mad Hairy Fella

In search of the Mad Hairy Fella 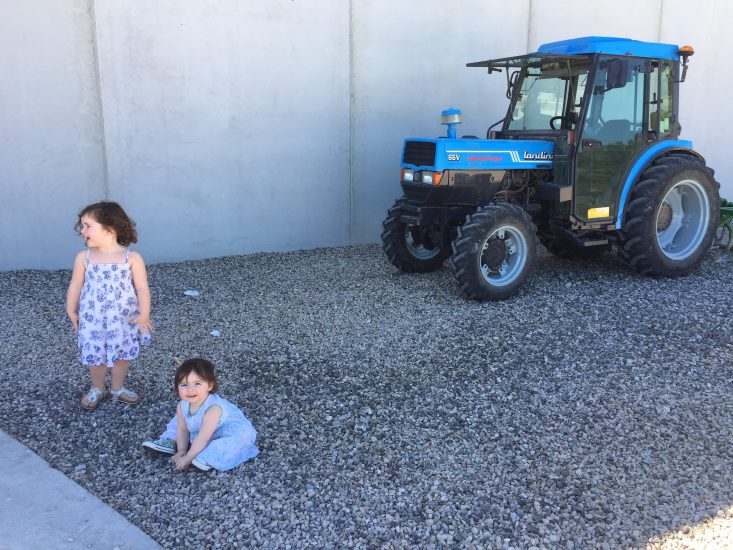 Taming the wild beast: In search of the gorú in his Jumilla spiritual home

LAST WEEK during a trip to Cartagena I decided to make, along with my small daughters Este (3) and Tilly (1), the 150km pilgrimage across Murcia to the wine region of Jumilla, to visit one of our most popular suppliers Ego Bodegas. Ego is the stylish manifestation of the blending of old Monastrell vines and rugged tradition with ultra modern vineyard techniques and sharp branding resulting in a jaw dropping visual gallery of viticulture imbued with nature at its finest. Ego Bodegas’ signature wines, Gorú, Fuerza, Marionette, Talento and Infinito can be recognised by their modern artistic branding and the depth, character and value of these expert blends. Armed with my camera and two (thankfully sleeping) children I hit the open road of the N344 north east of Murcia and before long the grey motorways and industrial estates unfurled to reveal the magic of La Floración in all its splendour. During the latter part of February and March La Floración is the sweet moniker given to the spring flowering of the peach, nectarine and plum trees which punctuate the landscape and carpet the mountain ranges with a velvety hue of pink and warm orange. As the basin extends outwards and the sky swallows the land these bright splatters of colour bring a warmth to the arid and barren naturescape of winter and bring the promise of fruitfulness in abundance.

Passing the medieval town of Jumilla, in former glorious days famed for being a geographical and cultural crossroads, with its castillo sitting proudly above the town, it is another few kilometres before we reach the huge old gnarled tree on the roundabout which marks the winding mountainous road up to Ego Bodegas.

The winery itself, when it comes into view, is a stark architectural structure which sits regally at high altitude overlooking the valley floor of 25 hectares of low, head pruned, bush trained or ‘gobelet’ vines. On calcareous sandy and stony fertile soil some of the vines are in excess of 40 years old and the predominantly (80%) Monastrell fruit they produce is concentrated, rich, tannic and requires expert care to be harnessed and restrained to reveal its strong yet silky nature. The landscape at this time of year is softer and more yielding, the pink of fruit trees set off by the dazzling white of the almond trees which frame every view. It is difficult to envisage how desolate and barren the region must look in winter, when temperatures can fall to -10°C. And with highs of 45°C in summer it is a region of natural extremes.

We arrive to be greeted by Antonio Di Marco, the Vineyard Manager who is happily unfazed by two freshly rejuvenated toddlers ready to explore. Huge panoramic floor to ceiling windows provide the most awe inspiring canvas to appreciate the rugged landscape of the Valley de La Hoya and its neighbouring undulating rolling mountain ranges of Sierra de la Cingla and Sierra Los Gavilanes.

Antonio immediately points to a small ramshackle stone cottage, an isolated fally-downy dwelling house at the foot of the valley, and reveals that the inspiration for the ‘Mad Hairy Fella,’ the enigmatic ‘outcast’ who stares defiantly out at us from the signature Gorú wine, lived there. He was reputedly quite the narrador back in the day with a reputation for illicit behaviour and Don Juan-esque libertine ways. The legend of him seemed to me to be akin to the living embodiment of the Monastrell grape, hard to tame, knowing, ancient and a little bit dangerous. His emblem is a strong one and anchors the vineyard firmly in its region and terroir. As Monastrell is a phenolically-challenging grape, high in tannins and late ripening, the skill of the modern winemaker is to gently cajole the grape to optimum ripeness, while avoiding jammy, baked flavours through careful control of fermentation. The key is learning how to tame the wild character of the grape through blending with Syrah, Cabernet Sauvignon and Petit Verdot in various different manifestations, making the wines more fruit forward while still retaining the earthiness and depth … and the beating wild hearted nature of the Gorú himself, as it were.

As the girls devoured orange squash and explored the beautifully artistic and tasteful gallery-tasting room with gusto we began a micro-tasting of four of Ego Bodegas’ best selling and most iconic wines, Gorú, Gorú 38 Barrels, Fuerza and Marionette, and Antonio explained a few of the principles behind the winery and of its vision. A marriage of new and old, innovation and tradition, light and dark, Ego Bodegas perfectly encapsulates the exciting possibility of Spain’s wine regions gaining recognition for their unique terroirs such as Jumilla and Yecla, and brings wines which are varietally recognisable and stylistically intriguing to the export market.

We took a look downstairs in the temperature controlled modern and spotless cave (cellar) and discussed new innovations at the winery such as experimentation with Romanian and Russian oak to see what if any effect is had on the wines which generally spend between 12 and 24 months in American and French oak. My youngest girl Tilly particularly enjoyed the bottling and labelling plant and kept returning, mesmerised by the robotic machine as it twirled and filled the bottles and fulfilled its quota.

All in all it was an incredible opportunity to put a wine in context, to see its lowly ancient vine beginnings and witness the metamorphosis the fruit goes through to become this thoroughly modern liquid imbibed by today’s savvy consumer. And if nothing else it proved that children and wineries can sometimes mix!