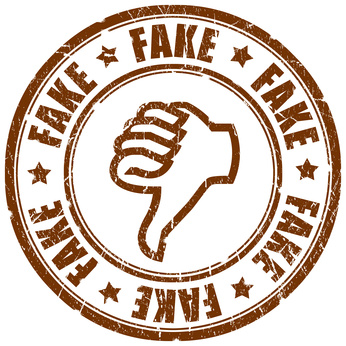 They may not cause a worse headache than what you’ll get from your average wine, but they’re certainly causing a different kind of headache for the government authorities attempting to crack down on wine fraud involving fake, counterfeits, which is currently at an all time high.

The most high profile cases involve counterfeiters releasing supposed fine wine into the market place, faking labels and using a cheap generic wine to fill the bottle. The now infamous Red Bicyclette scandal was one of the big stories of last year, with US giant Gallo being sold the equivalent of 18 million bottles of fake Pinot Noir from the Languedoc to sell to the American market. The Mont Tauch story is another one, with counterfeiters releasing around 400,000 bottles of fake premium Fitou AOC wine into the Chinese market.

In just over a year, up to January 2011, China has seized as much as 75 tons of fake wine in a campaign targeting fake and low-quality wine. China has been particularly vulnerable, with such increased interest and investment from the emerging middle class and high society. Just at the end of 2010, a fake wine scandal exposed in Lichang, China’s Heibei, shook the industry once again.

In the UK, Government agencies have seized more than 1.8 million litres of illicit wines in the past nine months.

“In the first nine months from implementation of the renewed strategy, HMRC and UKBA have seized over 1.8 million litres of illicit wine. The Tackling Alcohol Fraud strategy, which was implemented from April 1 2010, addresses fraud in all alcoholic drinks including wine.”

For experienced wine collectors, it may be easier to spot fake wine. Certain giveaways include the cork, the labels and the glass bottles themselves. In my recent experience of a 1929 Burgundy I noticed the bottle was heavy and sturdy with an almost hand-moulded, uneven look and feel, something you wouldn’t tend to see with the more modern bottles, and by modern I mean from the 1980’s onwards.

Unless you are a serious collector you’d have to be pretty unlucky to be duped. If you’re like most people who buy everyday wines from trusted sources, you probably don’t have too much to fear. Let’s just hope one of the big boys don’t slip up again. We wouldn’t want another Red Bicyclette, would we?